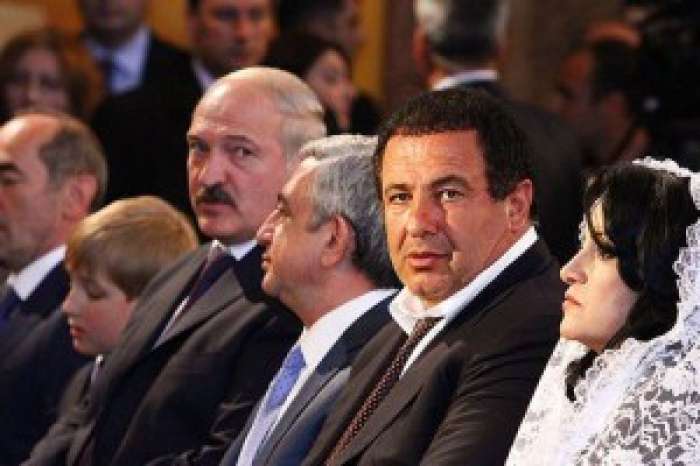 Presidential elections, municipal elections, consecration of St. Hovhannes church - all these, and not only these, but all the phenomena are already in past, it's time for the work, which requires these elections and opening ceremonies.

New government, old faces, and, as it has been ascertained, new gas tariff, that is, the restoration of the government has also restored the price of gas in Armenia, almost making it double.

But according to data before the elections, neither the price of gas, nor electricity, nor water will be increased, but today the country is in a new platform where the dependence of the government is not on people, such as during elections. This time dependence radically differs from the previous one. Today's the society and people are dependent on the regime and the government. That was supposed to be understandable on May 5 after the victory of regime.

Even though it is difficult to accept, but, yes, Armenians in their homeland have appeared in the regime, when it cheats on you, looking in the eyes.

Sure, gas prices were expected to rise last year, even the current version of increase after the elections, but the government either denied it, or ruled out, and here we have what we have.

Today the political elite marks joy of victory, and the focus is PAP leader Gagik Tsarukyan's "Paraoh" entertainment complex, where all respected political personalities will be there, because Gagik Tsarukyan has invited all.

However, in the increase of gas price it is interesting that the same Samvel Karapetyan, the same Serzh Sargsyan, the same Gagik Tsarukyan, who is always with people and next to people, mark the joy as if they were waiting for a settlement of all of this, but the context of which is, we did what this nation deserved.

Yes, it is true, that is, all those who chose voluntary or independent of their will were given this game, which was planned too long ago, are condemned the caprices of the authorities.

Today, there is sharp increase of gas price, expects inflation rate, which may be the pumping power, which will influence the pace of emigration on unheard and unseen level, as Serzh Sargysan promised to rise pensions, wages sharply, and balance of the budget could be brought only in the case of inflation, which is already starting to become a new scourage for the citizens of the state, new motivation and incentive to leave the country.