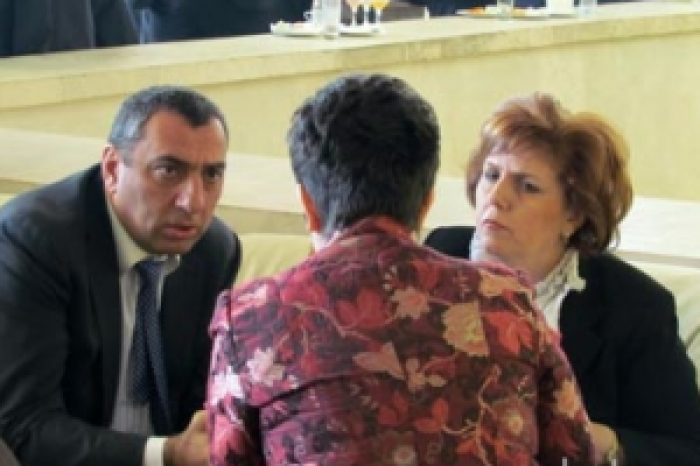 Covered Market... is at the same time a cultural monument. All- from the residents of a nearby buildings, finishing the Mayor and the President of the country, discussed the issue of Covered Market, but, in fact, the fate which it awaits, becomes a reality.

But then, suddenly, on the basis of the fact that the Covered Market is also a cultural monument, the Ministry of Culture finally showed the courage to demand from the Yerevan Municipality to stop construction of the Covered Market.

Thus, the Ministry has transferred this task to another field where already process of negotations will not take place on the format of the Ministry of Culture, City Hall, but on the format City Hall-owner. And according to the rumors, the owner of the Covered Market is a bright representative of the oligarchic system Samvel Aleksanyan, although the deputy of the National Assembly has all documents, but all roads lead to him.

That is, the issue of the Covered Market is now the issue that supposedly emanates from the relationship of the newly elected Mayor of Yerevan Taron Margaryan and the owner of the supermarket Samvel Aleksanyan. And in order to understand these relationships, we need only mention the festival of Taron Margaryan, which involved the elite of the Republican Party led by President Serzh Sargsyan and which was held in "Parvana" restaurant, belonging to Samvel Aleksanyan.

It is noteworthy that the Minister of Culture Hasmik Poghosyan did not participate in the event, thus expressing, in all probability, her position on the issue of the Covered Market.

However, as they say, "If the mountain will not come to Muhammad, then Muhammad must go to the mountain", according to this principle, Samvel Aleksanyan was in the Ministry of Culture and not empty-handed, but with a large bouquet of flowers, destined probably for Hasmik Poghosyan.

It turns out that the issue of Covered market can find its final decision based on the results of the meeting between Samvel Aleksanyan and Hasmik Poghosyan.

The fact that today the representatives of the criminal-oligarchic system, who have everything in order concerning the documents, but not in reality, once again prove their triumph over society, over a simple citizen. Covered Market is just another barrier that is used for the establishment and strengthening of the same criminal-oligarchic system, as well as to overcome the difficulties.