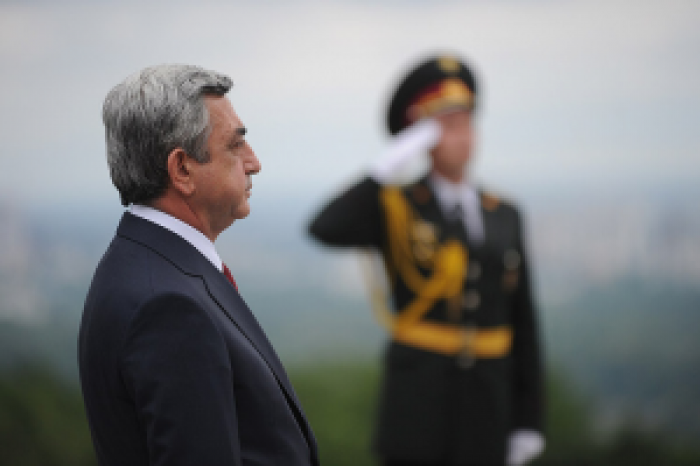 Society against regime, and not opposing forces against acting regime. This phenomenon pretends to be disastrous for the government and threatens its existence altogether, at least for the next 5 years.

After parliamentary, presidential and municipal elections, citizens, peasants come to fight, that is, systemic change in citizen's counsciousness wins habit of adaption, which has been continuously accompanied and kept silent all.

Spontaneous protests in Byurakan, Armavir-Yerevan-Sevan highway, recently in front of the Government building now just makes the carriers of the regime and force to struggle just to survive it.

It is interesting that in case of all social riot cases, the society did not have an obvious leader, which was typical of this process, and which differs from the situation in previous similar situations. In this case the leader is the social condition which strangleholds on society, and makes authorities seriously prepare for the upcoming troubles.

The authorities overdo the plans, which would allow the government to take role of the authorities for another 5 years, so they are set to fall. Of course, there are ways, however, the achievement of which involves a complex process and does not guarantee a successful completion.

In all these cases are only talking about danger for the Government, which is growing day by day and proves, and it becomes impossible to stop this danger.

It turns out that people get final shot, trying to completely eliminate the regime, which was intended to protect and preserve peace and prosperity of the country and the citizens, but instead we have what we have.

Who manages, he hits, but the country is being emptied day by day, moreover, hour by hour, leaving the government and authorities to manage the ruins and name Serzh Sargsyan King of ruins.