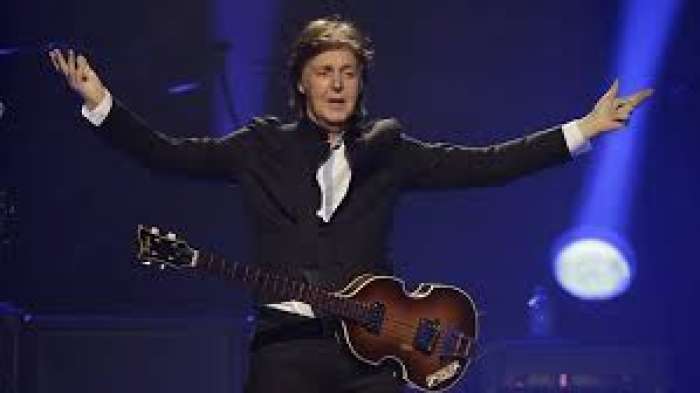 Paul McCartney paid a tribute to Elvis Presley on Sunday, May 26, and left a guitar pick on his final resting place. According to Associated Press, a post on his official Twitter account, which is no longer available, read "so Elvis can play in heaven."

The member of The Beatles uploaded a picture of him leaving a guitar pick on Presley's grave in another Twitter post. The British musician wore a shirt and dark pants. He also had a pair of stylish sunglasses during the Graceland tour. "Paying Respects #OutThere at #Graceland," he captioned the picture.

McCartney stopped by Memphis, Tennessee as a part of his "Out There" tour. Brazil, Poland, Italy and Austria were among the countries he visited before finishing the gigs in Seattle in July. The 70-year-old singer included rarely performed songs, such as "Being for the Benefit of Mr Kite", "All Together Now" and "Eight Days a Week" in his set list.

Daily Mail reported that The Beatles and Presley met for the first time in a secret location in 1965 after a music journalist with links to both popular musicians arranged a meeting. The four members reportedly were starstruck and could not utter a word. Presley later jokingly said, "Well, if you guys are just gonna sit there and stare at me all night, I'm going to bed."

Presley was huge inspiration to both McCartney and John Lennon. His single "Heartbreak Hotel" prompted the then-schoolboy Lennon to create his own group, The Quarrymen. McCartney and the Beatles played many of Presley's song at the start of their musical career.