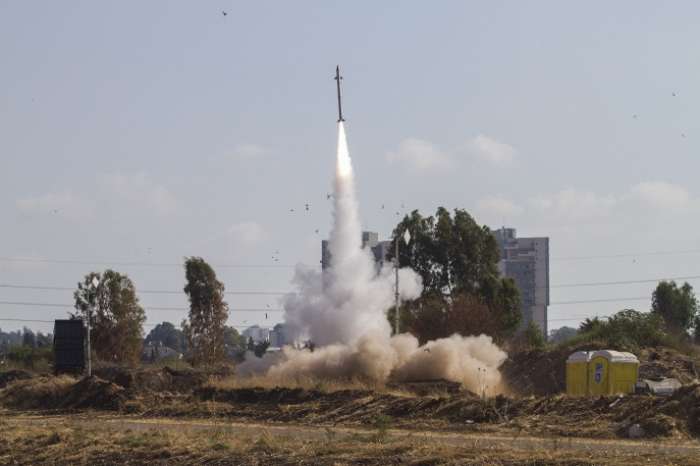 Israeli air defense system Iron Dome has intercepted at least one missile from the Gaza Strip. According to the press office of the Israel Defense Forces, a series of explosions was heard in Tel Aviv, missiles wrecks showered in the streets.
This is the fifth rocket attack on the capital of Israel since Tuesday, when the military operation Protective Edge in the Gaza Strip began. Two rockets were intercepted on the approach to the city. On Wednesday the air defense system missile twice shot down rockets over Tel Aviv and nearby international airport Ben-Gurion.
No casualties or damage have been reported.

According to the Israel Defense Forces (IDF), over the past day law enforcers managed to eliminate 320 infrastructure facilities of Hamas’s military wing al-Qassam Brigades. Among them are 58 tunnels, 220 rocket launchers, 46 command posts, which have been used by Islamists to launch rockets at the Jewish state.
Around 800 tons of explosives have been fired by air force jets on targets this week, the Jerusalem Post reported.
The number of victims of the Israeli military operation in Gaza has reached 53 people, more than 300 injured, Palestinian news agency Maan said.