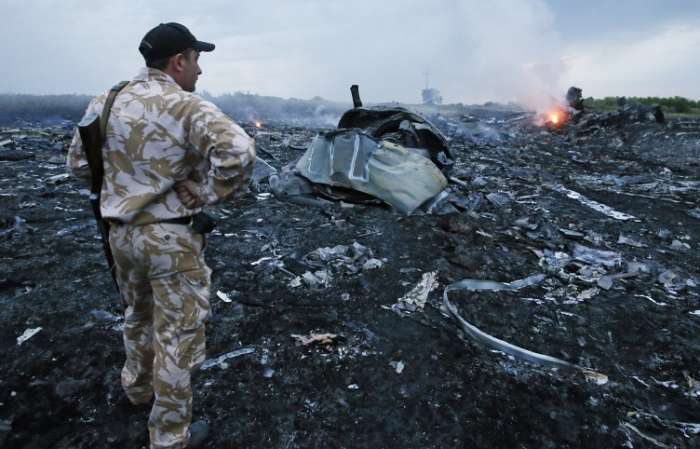 The Donetsk People’s Republic stated it was prepared for a ceasefire with Ukraine to investigate the crash of the Malaysian airliner.
“We are interested in an unbiased investigation and are prepared to admit freely specialists of the Interstate Aviation Committee to the crash site of the airliner,” the Donetsk republican press service quoted Chairman of the Donetsk republican Council of Ministers Alexander Borodai as saying.
The republic is creating an emergency headquarters to co-ordinate all the investigation of the Malaysia Airlines Boeing-777 passenger airliner.
“The Donetsk republican government stated about creation of an emergency headquarters, co-operation with specific international organisations and work with relatives of the air crash victims,” Alexander Borodai said.

There is no need for a ceasefire for an objective investigation of the Malaysia Airlines Boeing crash and stopping fighting with the Ukrainian army would be unreasonable, had said Minister of Defense of the Donetsk People’s Republic (DPR) Igor Strelkov.
“All-out military actions continue. The site of Boeing crash is located deep on the DPR territory, and there is no need for any humanitarian truce or corridors for an objective investigation of the tragedy,” he is quoted by the Novorossia agency. “A commission can freely arrive and examine the site hampered by nobody.” However, the Minister added, ceasing military actions against the besieged enemy group would be unreasonable.
Boeing-777 on the way from the Dutch city of Amsterdam to the Malaysian capital of Kuala Lumpur crashed in Ukraine on Thursday. All 298 people abroad the airliner died in the air crash. This death toll also takes into account three newborns.

Այս թեմայով Overnight hostilities continued in all directions of the frontline-Defense Army of Artsakh Republic A total of 46 civilians were killed and 144 wounded during the war-Ombudsman of Artsakh Republic Artak Beglaryan Azerbaijan targeted the southern border of the Republic of Armenia. There are wounded people. The Investigative Committee of the Republic of Armenia has published a video of the interrogation of war prisoner Emin Bakhshaliyev. Тhe Chairman of the National Assembly of the Republic of Artsakh Artur Tovmasyan received the deputies of the German Bundestag from the “Alternative for Germany” party and presented the state of the war unleashed by the triple alliance of Azerbaijan, Turk
Բաժանորդագրվեք մեր YouTube ալիքին
Լրահոս
8 Feb