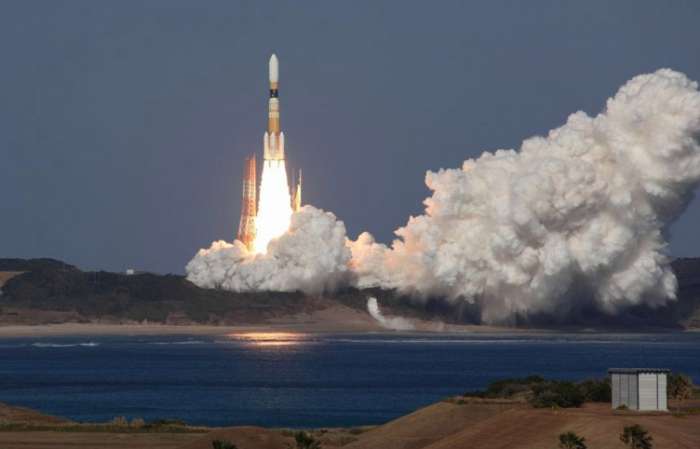 Japan has launched space probe Hayabusa with a mission to asteroid called 1999JU3 to search for organic matter and water on this celestial body.
The spacecraft named after peregrine falcon in Japanese will have reached the asteroid by 2018, the Japan Aerospace Exploration Agency said. The space probe is planned to fly back to Earth with samples in 2020.
The Hayabusa blast-off raised a public commotion. More than four thousand came to space center Tanegashima at the southernmost point of the Kyushu Island to watch the launch.