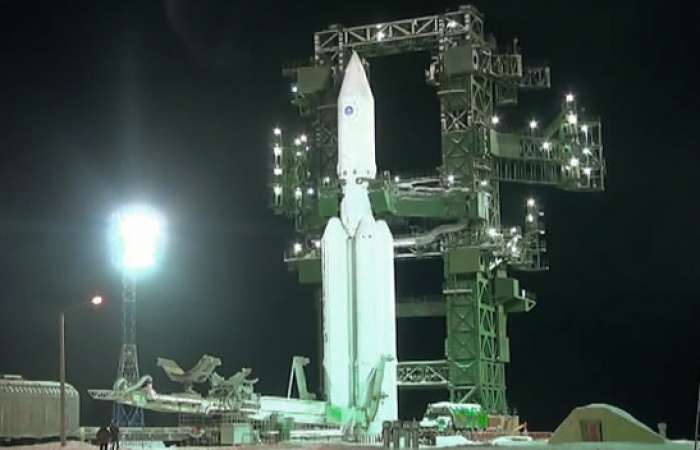 A new Russian heavy rocket was successfully test-launched from the Plesetsk space center on Tuesday as planned at 08:57am Moscow time.
The head unit has separated from the third stage of the Angara rocket, the Russian Defense Ministry press service confirmed. Twelve minutes after the liftoff, the orbital unit separated from the third stage, the press service said. The Briz-M upper stage will carry the orbital unit to the planned geostationary orbit.
ЭIndeed, this is a great and very important event for our rocket-and-space sphere, and for Russia in general,” Russian President Vladimir Putin said.
Russia places serious hopes on the Angara. After tests, Russia plans to launch space vehicles of all types from its territory and ensure independent guaranteed access to space. It is one of priority projects of the Russian space industry.
Various Angara rockets are developed from light to heavy class, capable to carry from 1.5 to 25 tons.
The light-class model was tested last summer. The rocket successfully reached the designated area within the Kura range on Kamchatka, 5,700 km from the launch site.
Angara-A5 is capable of carrying 3-24.5 tons and can replace the Proton carrier. The heavy Angara is not designed for manned flights.