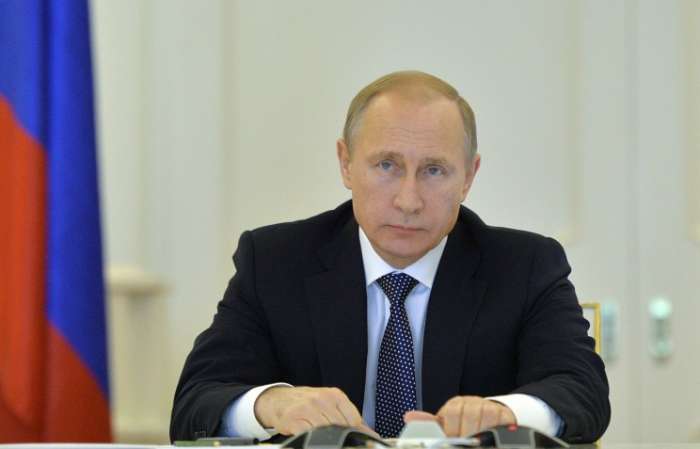 Russian President Vladimir Putin believes that current situation in the world demands well-coordinated actions taken by the Collective Security Treaty Organization CSTO member states.
“Our summit is being held at a quite difficult period of time, the situation in the world is changing dynamically, old problems are becoming acuter, but unfortunately, new ones are emerging and global security system is deforming,” the Russian head of state said, opening the CSTO summit at the Kremlin on Tuesday.
“All this demands from the CSTO member states well-coordinated joint measures to ensure security of our countries and the region as a whole to combat terrorism, drug trafficking, cross-border crime and prevent natural and man-made disasters,” he said.
Situation in Afghanistan
Speaking about Afghanistan, Putin voiced concern over the situation. The member-countries of the Collective Security Treaty Organization should be ready for adequate and preventive measures to counter threats from Afghanistan, Putin said at the CSTO summit.
“The current situation arouses concern. Militants from the Islamic State terrorist group make a stab at including some provinces of Afghanistan into the so-called Islamic Caliphate,” he said. “Terrorist and extremist groups are trying to extend their activities in Central Asia,” Putin said.

“Under these conditions, the CSTO countries should be ready for adequate, preventive measures,” he said. “It is necessary to pay growing attention to the Tajik-Afghan border and provide financial and material aid to Tajikistan for upgrading its Armed Forces,” Putin said.
“We should continue cooperation with Afghanistan to fight the drug threat,” he adde. Over the last years, over 1,000 Afghan law enforcers have undergone training in Russia. The special operation codenamed “Channel” is conducted annually to stop drug trafficking. In 2014, over 17 tons of drugs were confiscated, Putin said.
“The CSTO should intensify close interaction with Afghanistan. Moreover, the completing withdrawal of international forces increases the security risks for the whole region,” he said.
“We seek to see Afghanistan prosperous and neutral. We believe that the new Afghan leadership will do its best to stabilize the situation in the country,” Putin said.