Neymar was involved in a row with a Manchester City fan after being substituted during Barcelona's Champions League last-16 victory at the Etihad Stadium.

The Brazil captain left the pitch with ten minutes to play in the first leg clash and Barcelona sitting pretty with a 2-1 lead over 10-man City.

But instead of watching his team see out the win, the forward engaged in a verbal spat with a City fan who shouted at him in Portuguese. 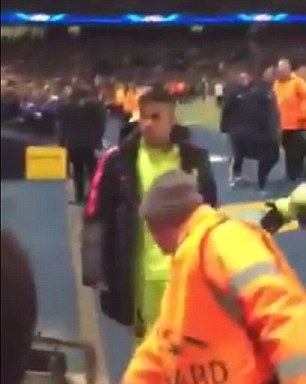 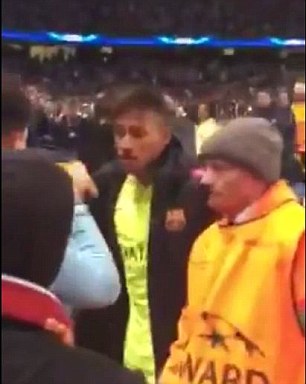 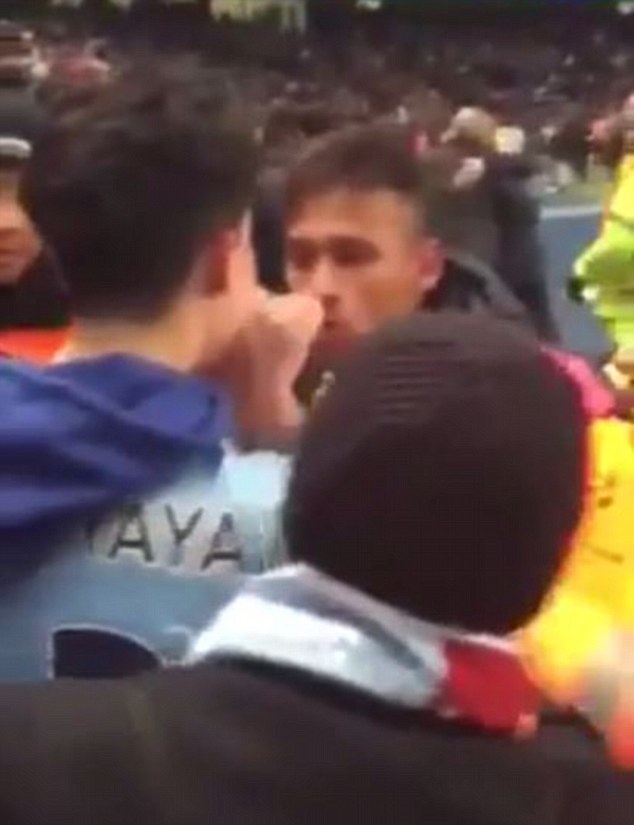 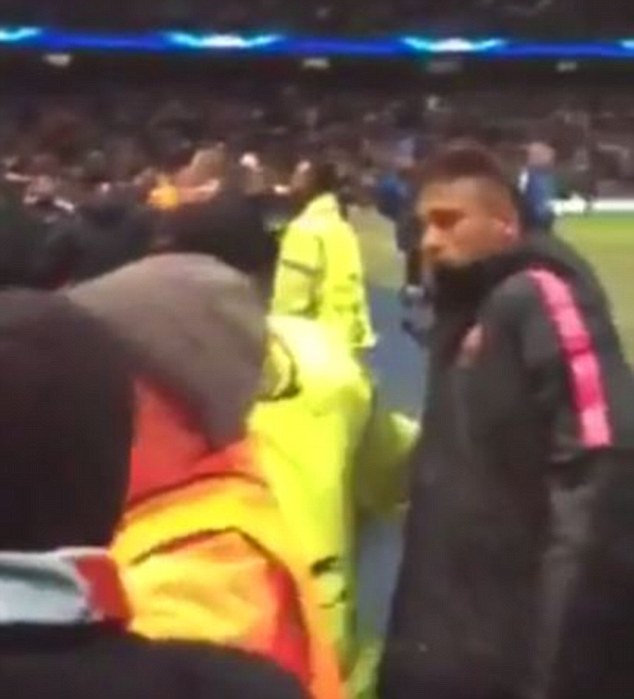 A steward leads the Brazil star away while another shouts at the fan to 'stop it', ending the incident

After the initial exchange things appeared to have cooled off, with Neymar posing with another fan for a selfie, but the striker restarted matters after the final whistle.

Rather than going down the tunnel, the Barca star returned to argue with the fan before a steward intervened.

The supporter, wearing a City shirt with Yaya Toure's name and No 42 on the back, appeared to indicate that Neymar had been diving during the game.

As the 23-year-old approached the supporter the man wearing a hoodie under his replica shirt made repeated hand gestures. 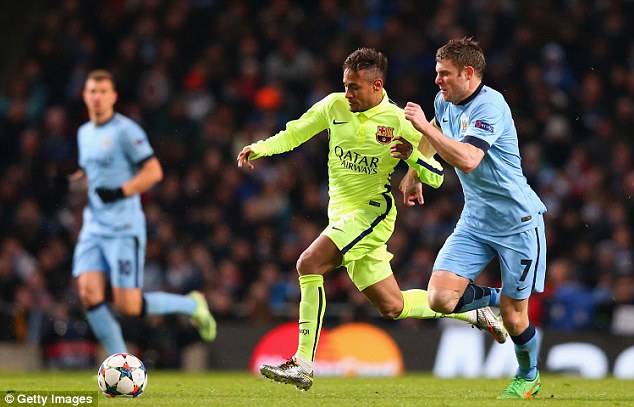 Neymar breaks away from James Milner during the game, which Barcelona won 2-1 at the Etihad Stadium 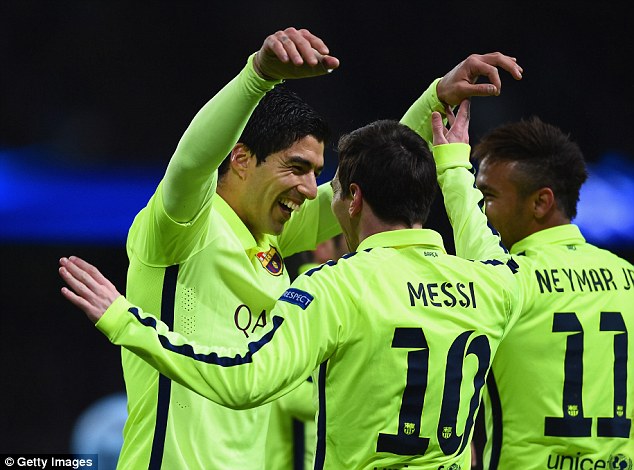 While one steward intervened to keep the pair apart another security official sternly repeated 'Stop it, stop it.'

After the game Neymar attempted to play down the incident.

He was quoted in the Brazilian media saying, 'I was just playing with him. He began to curse me and I ended up mocking him.'

The striker would not reveal what exactly was said in the altercation, but hinted that the fan swore at him.

'What he told me? I can not repeat it, no,' he joked. 'My mother gave me an education. What his mother did not tell him, my mother taught me.' 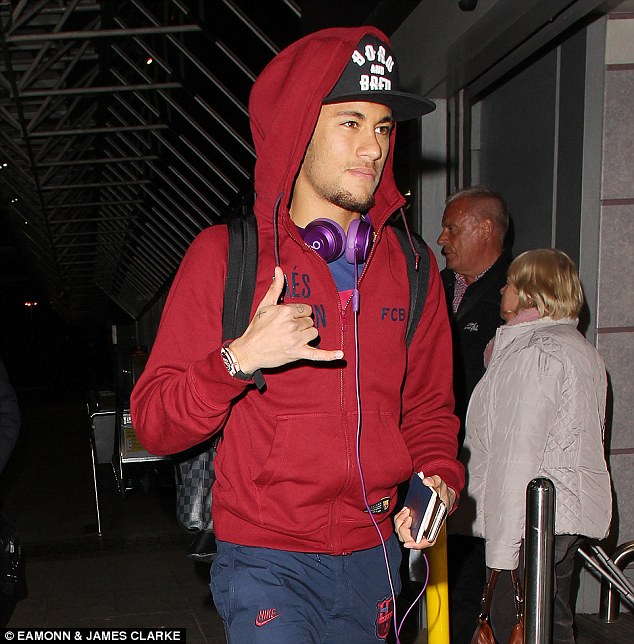 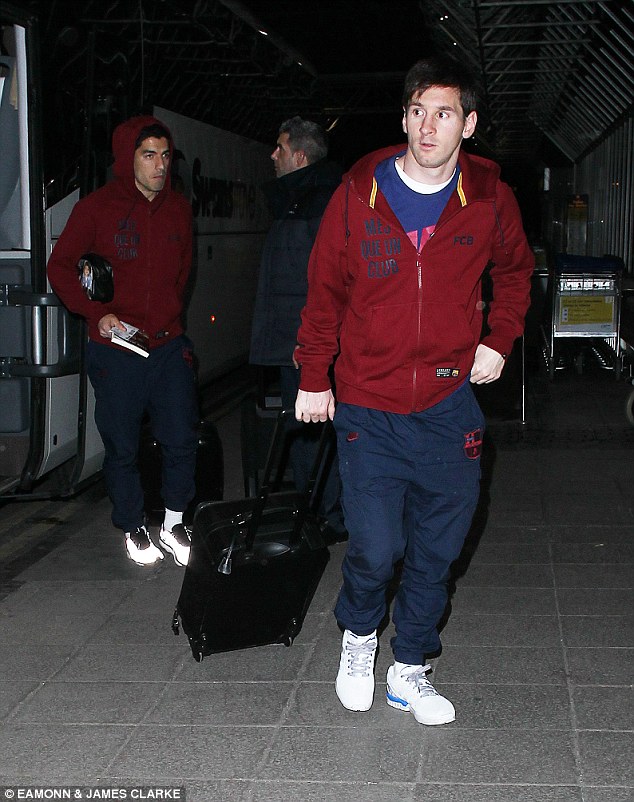 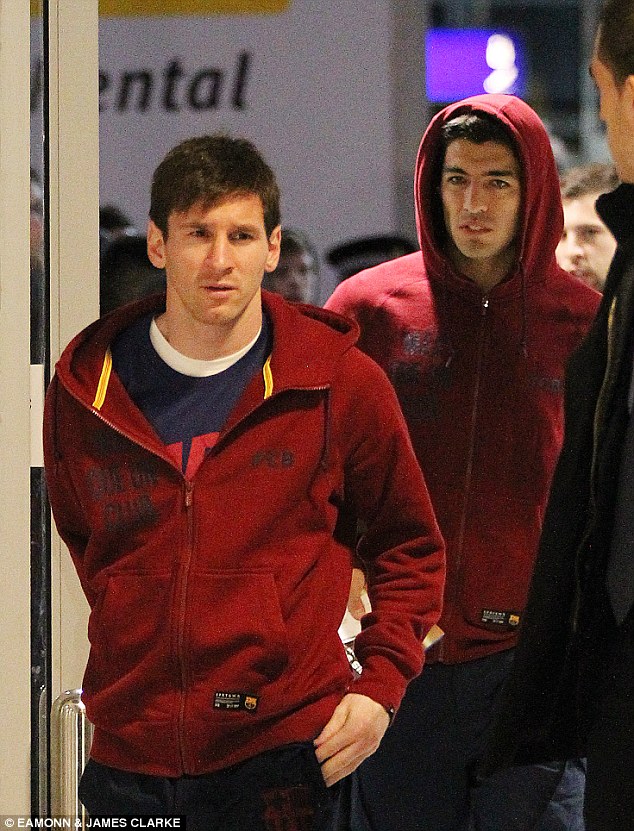 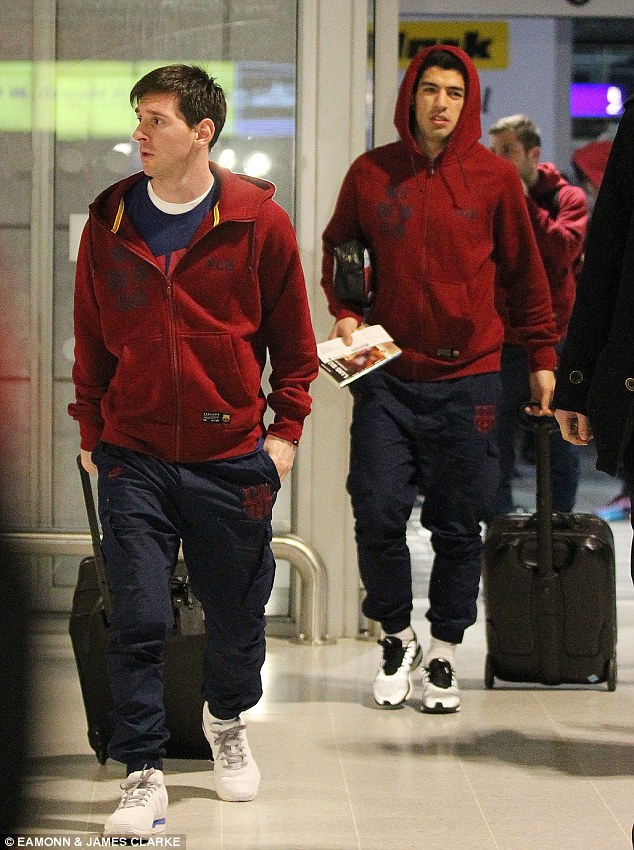 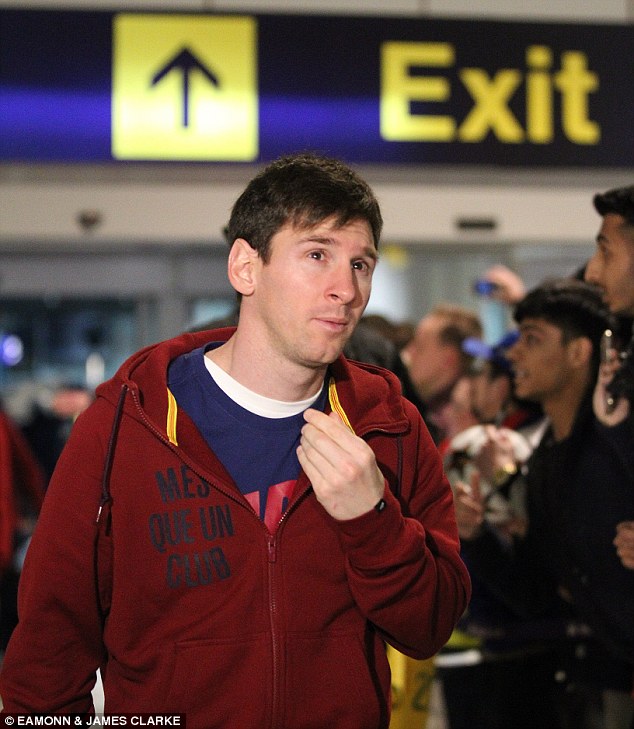 Neymar could face sanctions from UEFA if City decide to report the incident, which was not seen by match officials.

The Brazilian was in fine form during Barcelona's win, as the Spanish side outclassed Manuel Pellegrini's City side.

Luis Suarez scored both goals as the former Liverpool marksman made his return to England.

Neymar missed a good chance to add a third in the first half while Dani Alves also hit the bar as the Spanish giants dominated the Premier League champions. 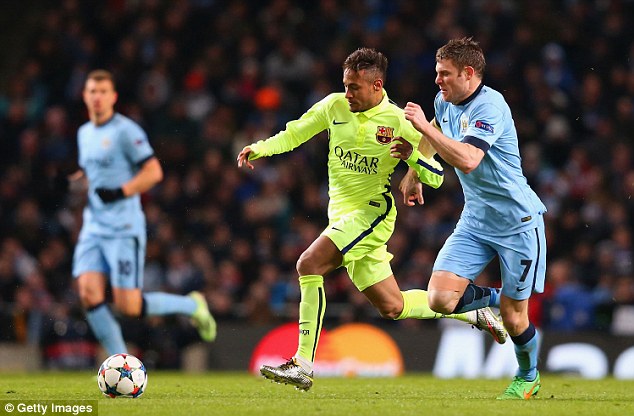 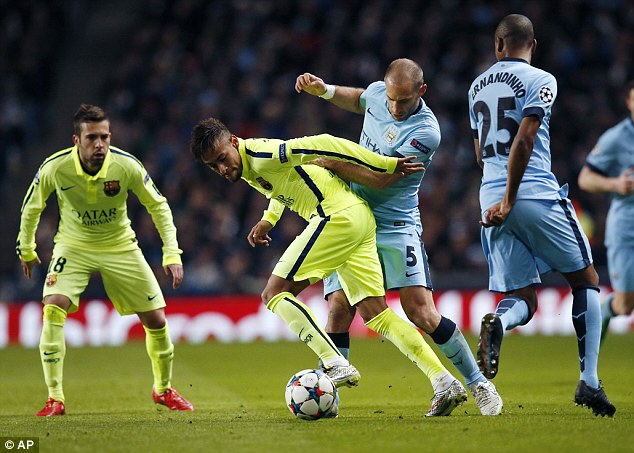 City will have to score at least twice at the Nou Camp in the return leg but it could have been worse for Manuel Pellegrini's side had Sergio Aguero not pulled one back in the 69th minute.

However their comeback was hindered when Gael Clichy was sent off for a second yellow card.

Joe Hart then did his part in saving a last-ditch Lionel Messi penalty, after which the Argentine fluffed his chance to head into an open net, to give City a fighting chance of staying in the competition. 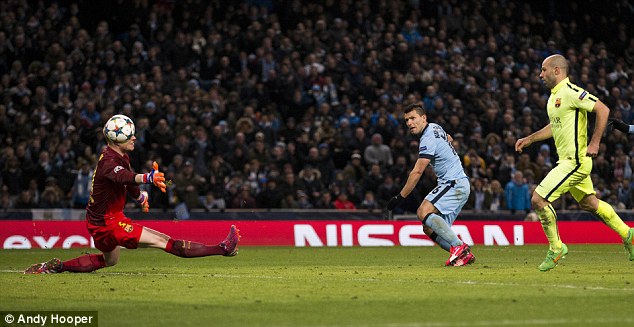 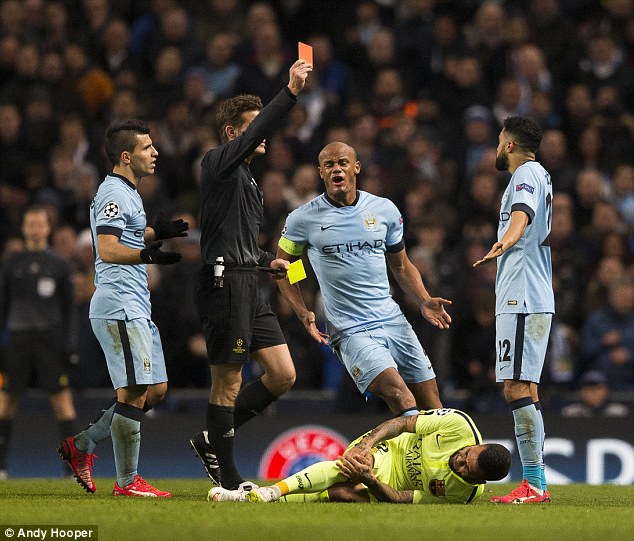 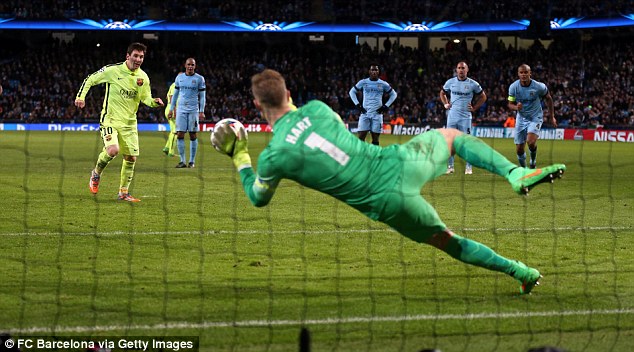 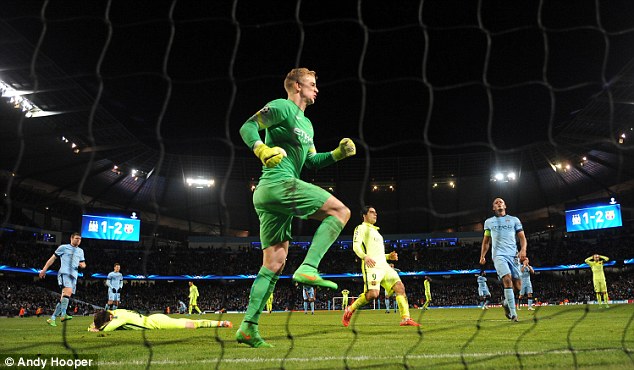 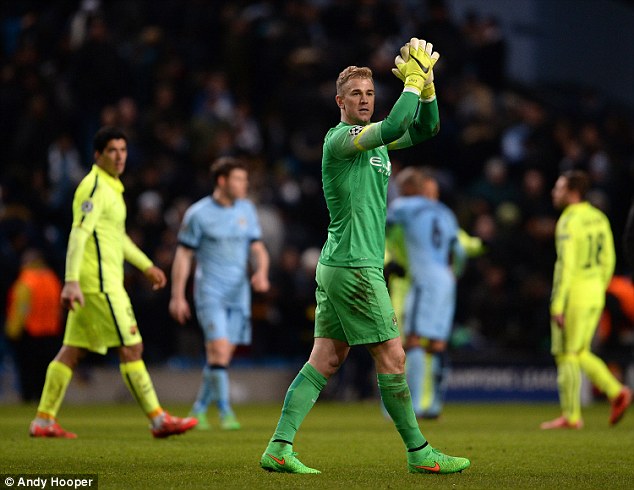 Այս թեմայով GeoProMining will assist in the reconstruction of the House of Culture of the city of Ararat The Glendale City Council recognizes the independence of the Republic of Artsakh and encourages the Republic of Artsakh to continue to develop as a free and independent country Consequences of the artillery shelling of the Hadrut city (01.10.2020) Smerch just hit the city of Hadrut. There are wounded among civilians. Arcrun Hovhannisyan Covfefe? Trump’s midnight Twitter typo confuses, delights the world
Բաժանորդագրվեք մեր YouTube ալիքին
Լրահոս
8 Feb