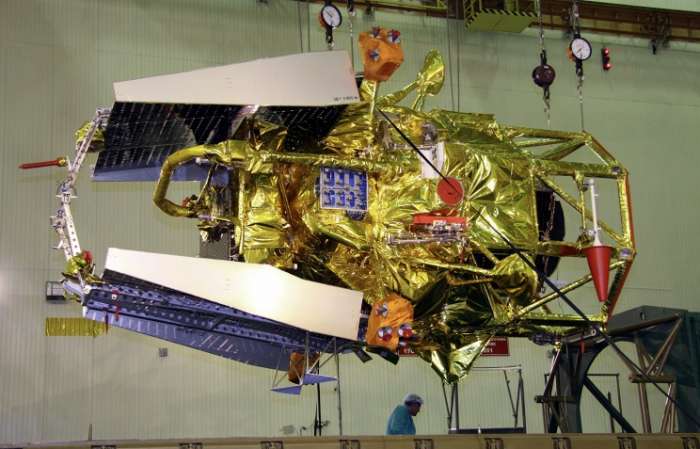 The Russian Federal Space Agency (Roscosmos) plans to launch a new sample soil expedition to Mars’ satellite Phobos, according to a draft of Russia's new space program for 2016-2025 unveiled on Monday.
Under the document, the Mars-Grunt (Soil) expedition is planned for 2024 to deliver soil samples from the Martian moon Phobos to the Earth. The project is estimated at 10.3 billion rubles ($198 million).
This sum is twice as large as the amount stipulated in the draft federal space program prepared last year.
Roscosmos plans a new interplanetary expedition after a failure of its previous Phobos mission.

The Phobos-Grunt interplanetary probe was launched into a near-Earth orbit on November 9, 2011. The probe was expected to reach the Mars orbit and simultaneously land a module on Mars’ natural satellite Phobos for exploration and the delivery of soil samples to the Earth.
However, the interplanetary probe was unable to reach the trajectory of its flight to Mars due to an engine failure and stayed in the near-Earth orbit.
The probe's debris fell to the Earth on January 15. According to Russia’s Defense Ministry, the Phobos-Grunt probe’s fragments that did not burn in the dense layers of the atmosphere fell into the Pacific Ocean 1,250 km (777 miles) west of Wellington Island (Chile).

Այս թեմայով Russian becomes official language in Karabakh “The right of the people of Nagorno-Karabakh to self-determination is of strategic importance to us,” Nikol Pashinyan told TASS news agency At the time of the airstrikes civilians, including children, were in the church. A Russian journalist was wounded in second shelling by Azerbaijani forces targeting the Ghazanchetsots Church. Zohrab Mnatsakanyan’s interview to the “Al Arabiya” news agency
Բաժանորդագրվեք մեր YouTube ալիքին
Լրահոս
25 Sept