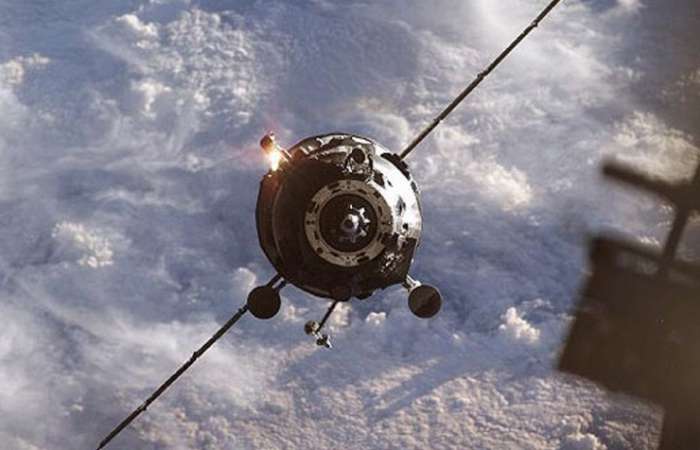 The risk some debris from the defunct Russian cargo spacecraft Progress may hit populated areas is extremely low, so people on the ground should not feel any fears on that score, the editor-in-chief of the Novosti Kosmonavtiki (Cosmonautics News), Igor Marinin, has said.
Earlier on Wednesday the Russian space agency Roscosmos said Progress would cease to exist on May 8, between 01:23 hours and 21:55 hours Moscow time. Earlier, a source in the space rocket industry mentioned such a possibility to TASS.

"It is anyone’s guess whether Progress will be able to get through the atmosphere to reach the earth’s surface. Experience shows that spherical high pressure gas tanks and, possibly, the engines’ combustion chambers may reach the surface," Marinin told TASS. He believes that the spacecraft’s spherical fuel tanks made of refractory metals will explode in the atmosphere due to overheating, he believes.
"The amount of debris will be too insignificant to feel any fear. The risk they may crash upon a residential area is microscopically small. The probability of suffering a road accident on the streets of Moscow is far greater," he said.
"About the likely reasons behind the loss of Progress Marinin said "the effects of what has happened cannot be pieced together into a plausible explanation yet."
"If it is true that a large amount of debris has been identified in orbit, then there must have been an explosion. But in case of an explosion of the third stage (of the Soyuz-2.1a rocket), the fragments would have been larger. It turns out that the explosion was a minor one, but where it occurred and why still remains unclear," he said. Also, he is curious what may have caused the explosion of the third stage at a time when almost all fuel had been spent. The engine’s overheating and explosion should be ruled out, too, Marinin said, adding that the pyro charges that separate the rocket and the spacecraft could not have exploded unintentionally.
"One has an impression that some explosion caused a concussion of the spacecraft and the rocket engine’s stage," he said.

Այս թեմայով Russian becomes official language in Karabakh At the time of the airstrikes civilians, including children, were in the church. A Russian journalist was wounded in second shelling by Azerbaijani forces targeting the Ghazanchetsots Church. Russian First Deputy PM: Information regarding goods on territory of Eurasian Union should be stored on single resource Yerevan hosts the presentation of Canadian Institute’s (YEDI) Start-Up programs (video)
Բաժանորդագրվեք մեր YouTube ալիքին
Լրահոս
25 Sept