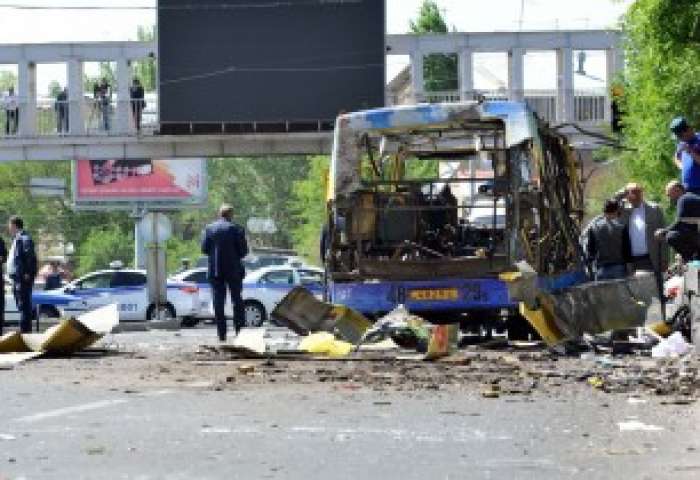 The man suspected of detonating an explosive in the passenger bus in Yerevan’s Halabyan street on Monday night is reported to have intended to inflict bodily damage on his own relatives.

“Joint investigative operations with the National Security Service revealed that the subscriber of the SIM card had domestic discords with relatives whom he wanted to harm through explosion,” a spokesperson for the Investigative Committee, Sona Truzyan, told our correspondent.

She added that they so far have no evidence of international terrorism or a terrorism plot at all.

Այս թեմայով The third event of DispruptHR Yerevan 2022, represented and implemented by Cascade People & Business, was held with the support of Galaxy Group of Companies Armenia opposition Homeland Salvation Movement to hold nationwide rally in Yerevan The 14-year-old son, Narek, had to be rushed to Yerevan in serious condition with a shrapnel wounds and is currently in the resuscitation ward. The investigation is underway-Investigative Committee of the Artsakh Republic The first Armenian International Photo Fest opened in Yerevan supported by Tovmasyan Charity Foundation
Բաժանորդագրվեք մեր YouTube ալիքին
Լրահոս
8 Feb