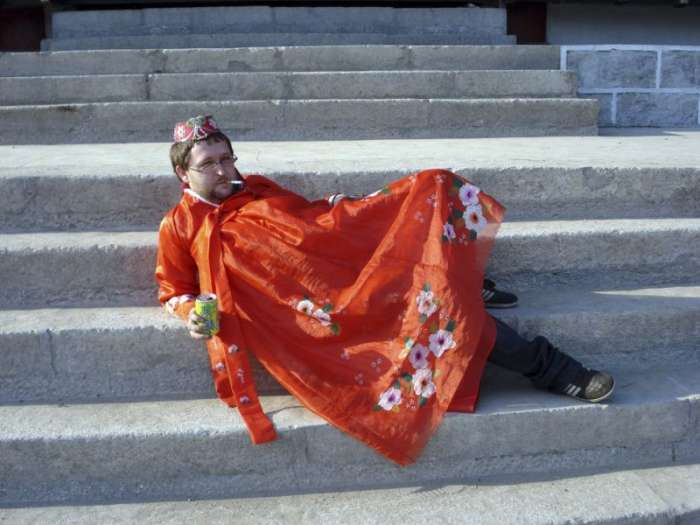 Since 2008, the Young Pioneer Tours agency built up a business attracting young travelers with a competitively priced catalog of exotic-sounding, hard-partying adventures in one of the world's most isolated countries.

But the death last week of 22-year-old American student Otto Warmbier, who was arrested during a Young Pioneer tour to North Korea in late 2015 and fell into a coma in prison, has renewed questions about whether the company was adequately prepared for its trips into the hard-line communist state.

Although many details of Warmbier's fateful trip remain unknown, interviews with past Young Pioneer customers or those who have crossed paths with the tour operator describe a company with occasional lapses in organization, a gung-ho drinking culture and a cavalier attitude that has long raised red flags among industry peers and North Korea watchers.

Founded in 2008 by Briton Gareth Johnson in the central Chinese city of Xi'an, Young Pioneer's fun and casual style was seen precisely as its calling card, a counterpoint to North Korea's reputation as an inaccessible, draconian hermit kingdom. "Budget tours to destinations your mother would rather you stayed away from," its website touts, while describing North Korea as one of the safest places on Earth.

But in travel circles in Beijing, the staging point for trips into North Korea, Young Pioneer Tours, also known as YPT, has been associated with a string of cautionary tales, including of the tourist who performed a handstand outside the most politically sensitive mausoleum in Pyongyang where two generations of the Kim family are buried, resulting in a North Korean guide losing her job. During another tour, Johnson attempted to step off a moving train after drinking and broke his ankle, leading to an unexpected stay at a Pyongyang hospital.

Adam Pitt, a 33-year old British expatriate who formerly lived in Beijing and went on a 2013 trip, described to the AP a party atmosphere led by Johnson, who was often heavily inebriated and "almost unable to stand and barely understandable when he did speak" at a tense border crossing where he needed to hand wads of cash to officials as bribes.

While it's expected for tourists to relax and enjoy a few drinks while traveling, tour operators and tourists say YPT has long stood out for its party-hearty tour groups. In respective interviews with Fairfax Media and the Independent newspaper, Nick Calder, a New Zealander, and Darragh O Tuathail, an Irish tourist, both recalled the YPT group Warmbier traveled with carousing until early morning. O Tuathail declined to discuss his recollections of the trip with the AP, saying he wanted to let Warmbier's family grieve in peace.

In an emotional news conference last week, Fred Warmbier, Otto's father, lashed out at tour agencies that "advertise slick ads on the internet proclaiming, 'No American ever gets detained on our tours' and 'This is a safe place to go.'"

Earlier this week, YPT issued a statement saying it would no longer accept American customers because "the assessment of risk for Americans visiting North Korea has become too high."