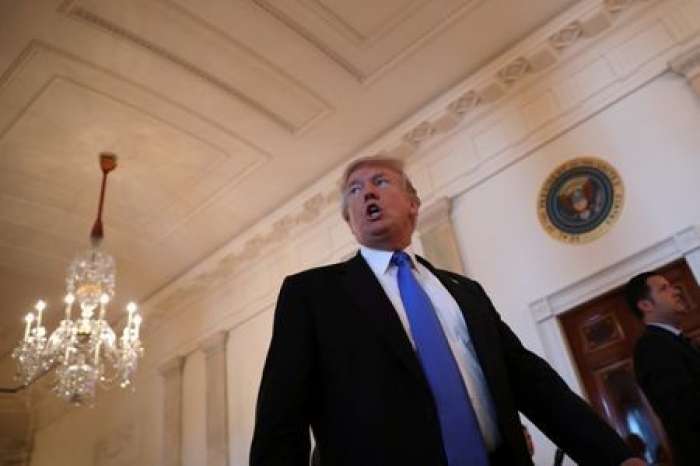 WASHINGTON (Reuters) - U.S. President Donald Trump warned that Iran would face "new and serious consequences" unless all unjustly detained American citizens were released and returned, the White House said in a statement on Friday.

Trump urged Iran to return Robert Levinson, an American former law enforcement officer who disappeared more than 10 years ago in Iran, and demanded that Tehran release businessman Siamak Namazi and his father, Baquer.

The statement capped a week of rhetoric against Tehran. On Tuesday, Washington slapped new economic sanctions against Iran over its ballistic missile program and said Tehran's "malign activities" in the Middle East undercut any "positive contributions" coming from the 2015 nuclear accord.

Those measures signaled that the Trump administration was seeking to put more pressure on Iran while keeping in place an agreement between Tehran and six world powers to curb its nuclear program in return for lifting international oil and financial sanctions.

Friday's statement said Trump and his administration were "redoubling efforts" to bring back all Americans unjustly detained abroad.