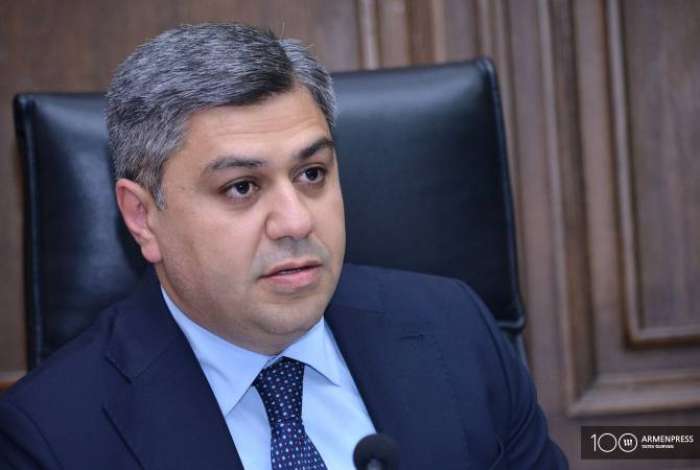 The Armenian National Security Service (NSS) plans to found a special educational center for its future agents if it gets 2 billion drams in funding from the government.

Vanetsyan presented the idea while speaking at the Defense and Security Affairs Committee session on the 2018 budget performance.

MP Gor Gevorgyan from the ruling My Step Alliance asked Vanetsyan whether or not funds have been allocated to the NSS for a training center.

“Armenian NSS agents are dispatched abroad for training. In 2018 the NSS spent 240 million drams for this, which is a rather big amount that we have to spend in other countries. In this context I have initiated and I will try to make practical steps in 2020 in order for a educational center for NSS servicemen to be created in the system,” Vanetsyan said.

He said whether the facility will be an academy, an educational center or a university will be decided later. The NSS Director also presented estimates about the potential cost of the facility.

A modern university will require nearly 2 billion drams only in terms of infrastructure. But he justified the sum in comparison of the yearly 240 million that is spent for sending agents abroad.

“We have a clear roadmap. We’ve even decided the location. We’re only left with solving the funding issue and begin construction”, he said.

Edited and translated by Stepan Kocharyan

Այս թեմայով Karen Vardanyan donated life-saving modern equipment of 112 million drams to the National Center for Infectious Diseases Ameriabank ready for initial public offering of shares - Managing Director, Financial Institutions for EBRD Тhe Chairman of the National Assembly of the Republic of Artsakh Artur Tovmasyan received the deputies of the German Bundestag from the “Alternative for Germany” party and presented the state of the war unleashed by the triple alliance of Azerbaijan, Turk During the night of October 16, the Azerbaijani Armed Forces have once again targeted Stepanakert-State Service for Emergency Situations of the NKR Live from Artsakh | President of Artsakh's National Assembly Artur Tovmasyan
Բաժանորդագրվեք մեր YouTube ալիքին
Լրահոս
4 Dec