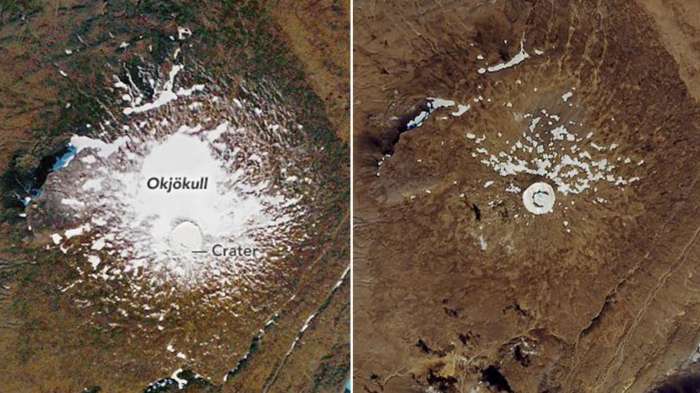 Iceland has said goodbye to its first glacier lost to climate change.

Children placed a memorial plaque on the ground where the Okjokull Glacier used to be following a two-hour hike up a volcano.

Around 100 people, including politicians, scientists and journalists, observed moments of silence and heard poetry and political speeches about the urgent need to fight climate change.

Iceland's Prime Minister Katrin Jakobsdottir and former Irish president Mary Robinson, the United Nations High Commissioner, were among those at the funeral for the Okjokull Glacier.

Icelandic geologist Oddur Sigurdsson, who pronounced the glacier extinct about a decade ago, took a death certificate to the memorial.

The plaque is billed as "a letter to the future" and warns all glaciers are expected to be extinct within the next 200 years.
Բաժանորդագրվեք մեր YouTube ալիքին
Լրահոս
8 Feb