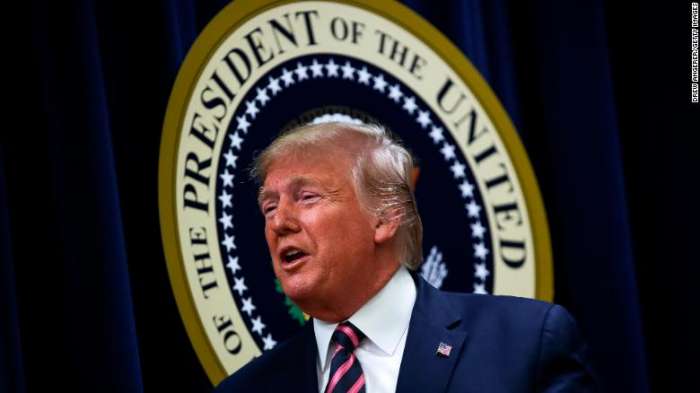 President Donald Trump on Thursday warned the Syrian regime and its allies against killing "thousands" of innocent civilians in the Idlib province.

"Don't do it!" he wrote in a typo-riddled tweet, accusing Russia and Iran along with the Syrian government led by Bashar al-Assad of "killing, or on their way to killing" the civilians.
He later corrected misspellings in a subsequent tweet.
Trump said Turkey was working to stop the "carnage," which has forced at least 100,000 people from their homes in the northwestern province.
Dozens of people have been killed by a wave of bombardment in the area, according to the White Helmets, a local volunteer search and rescue group.
Բաժանորդագրվեք մեր YouTube ալիքին
Լրահոս
4 Dec