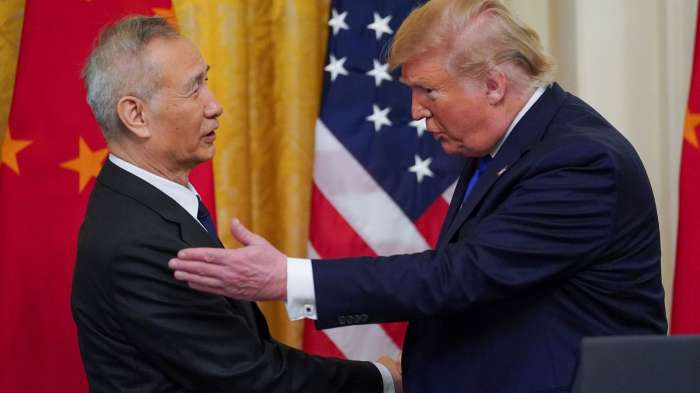 Donald Trump has hailed a trade agreement with China as "righting the wrongs of the past" as he signed the deal in Washington.

The US president also said it would deliver "a future of economic justice and security for American workers, farmers and families".

It comes after an 18-month tit-for-tat trade war between the world's two biggest economies that has threatened global growth prospects.

The "phase one" deal will roll back some tariffs and boost Chinese purchases of US goods.

It was formally unveiled at a White House signing ceremony with China's vice premier, Liu He.