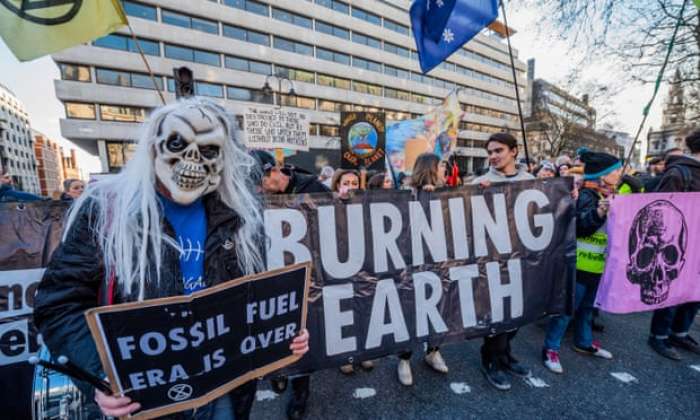 Priti Patel probably thought she was helping when she tried to defend counter-terrorism police from the condemnation that followed last week’s story in the Guardian revealing the inclusion of Extinction Rebellion (XR) in a guide on supposed “extreme or violent ideologies”.

The document has apparently now been withdrawn. Nevertheless, the home secretary’s insistence that the police always make decisions based on the “risk to the public, security risks, security threats” does inevitably lead to an obvious, unanswered question. If she is right, how exactly did Counter Terrorism Policing South East (CTPSE), which wrote and published the guide, manage to make what even it admits was a significant “error of judgment”?

In practice, decisions about who is labelled an “extremist” are made in secret by police units concerned more about their ideas of security and defending public order than about human rights and by officers who are often deeply antagonistic towards protesters challenging the corporate and political orthodoxies of the day.