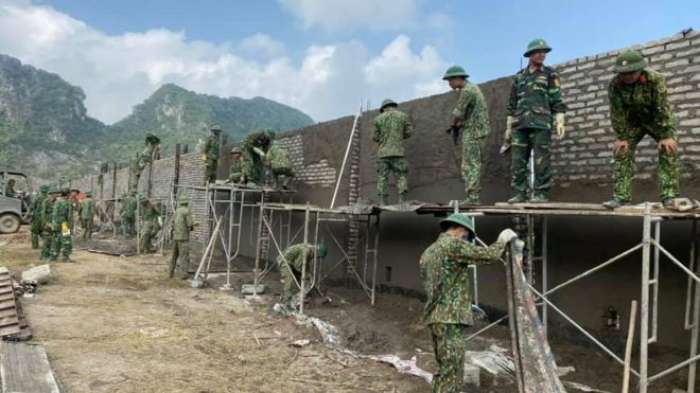 The funeral is due to take place in Vietnam of three policemen killed during a raid which has sparked rare public anger against the government.

The deaths came during a massive security operation last week in a village near Hanoi which led to clashes in which a local leader also died.

Villagers had been resisting attempts by the military to build an airfield on their land for several years.

Land disputes are common in Vietnam, but rarely escalate into such conflict.

The raid and the unexplained death of the popular local leader, 84-year-old Le Dinh Kinh, have caused huge public controversy.

The government has blamed the officers' deaths on "rioters", while President Nguyen Phu Trong posthumously decorated them with military honours. But locals say police used excessive force.The military began building an airport at Mieu Mon, close to Dong Tam, about three years ago.

Local people say that in the process, about 50 hectares (124 acres) of their land was unfairly taken over and handed to Viettel Group, Vietnam's military-run communications company.