Prince Harry on first royal duty since talks with Queen 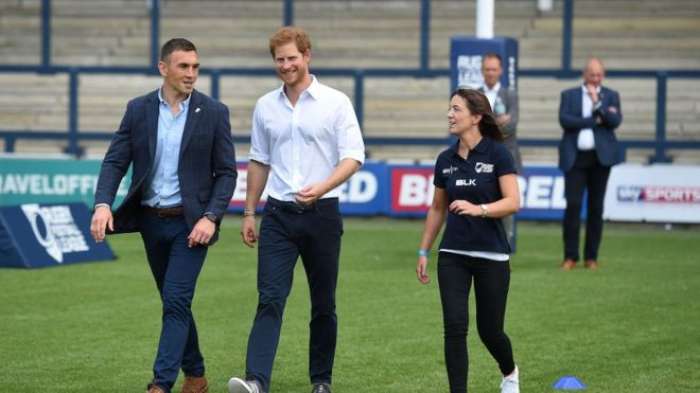 The Duke of Sussex is to carry out his first public engagement since he and the Duchess of Sussex announced they want to step back as full-time royals.

He will meet representatives of the 21 nations taking part and local children playing rugby.

Meghan and the couple's son Archie are in Canada but Harry will reportedly stay in the UK for meetings next week.

Talks involving the Queen, Prince Harry, the Prince of Wales and the Duke of Cambridge to discuss the couple's future were held on Monday.

The Queen released a statement agreeing to their wish to step back as senior royals, become financially independent and to split their time between the UK and Canada.

The duchess flew to Canada to join her eight-month-old son Archie ahead of the meeting at the Queen's Sandringham estate.

New pictures show her in Vancouver on Tuesday on a visit to Justice for Girls, which campaigns for teenage girls living in poverty,