Deadly tornadoes kill 25 and injure many in Tennessee 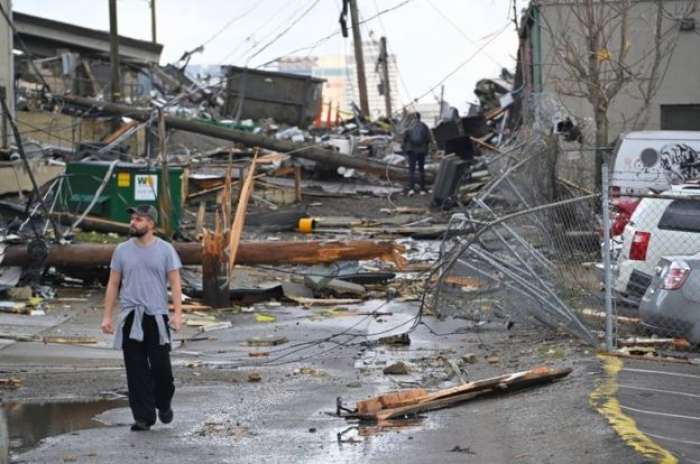 The death toll from two tornadoes that ripped through central Tennessee has risen to 25, the state's Governor William Lee said on Tuesday.

In Nashville, Tennessee's biggest city, the tornadoes caused widespread damage to homes and other buildings.

The storm hit after midnight and moved so quickly that many people sleeping didn't have time to take shelter, US media reports.

President Donald Trump has said he plans to visit the state on Friday.

A number of people remain unaccounted for, Governor Lee said in a press conference.

The scene in Nashville is "like a war zone" one resident told the BBC.

Two others, David Haskell and his wife, sprinted into a storm shelter when emergency alarms went off on their phones.