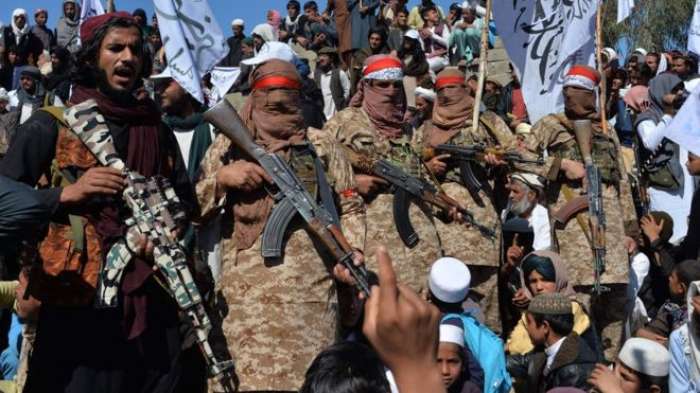 The US military has conducted an air strike against Taliban fighters in Afghanistan, just hours after President Donald Trump said he had a "very good talk" with a leader of the group.

The US signed a deal with the Taliban on Saturday aimed at bringing peace to Afghanistan after years of war.

But a US forces spokesman said it launched an air strike on Wednesday in response to Taliban fighters attacking Afghan forces in Helmand province.

The Taliban has not commented.

It was not immediately clear if there were any casualties.

What did the US say?

Wednesday's strike was the first by the US against the Taliban in 11 days, when a reduction in violence agreement began between the two sides in the lead-up to Saturday's pact.

In a statement on Twitter, Colonel Sonny Leggett, a spokesman for the US Forces in Afghanistan, said it was a "defensive strike" to disrupt an attack on an Afghan National Security Forces checkpoint.