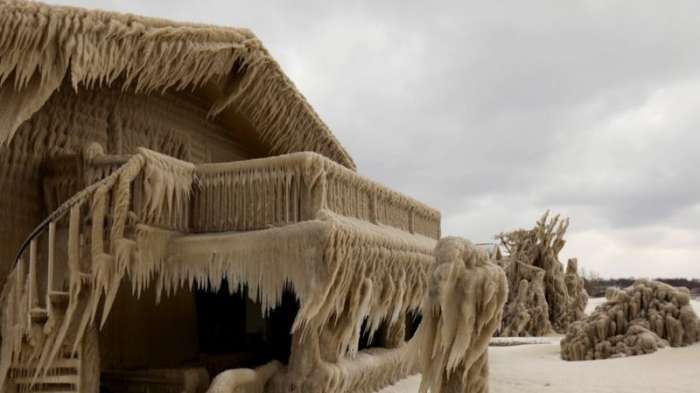 This might look like Elsa's doing in Frozen, but it's actually the effect of a blizzard in a US town.

Hamburg, which sits on the edge of Lake Erie in New York state, found itself covered in a thick layer of ice after a storm.

Strong winds bought huge waves and spray from Lake Erie in New York state onto the shore and, because the temperature was below zero, the water froze onto the houses forming dramatic icicles.

Many of the residents were left in the dark as the ice covered windows, whilst others had to chip away at the ice to break themselves out of frozen doors.