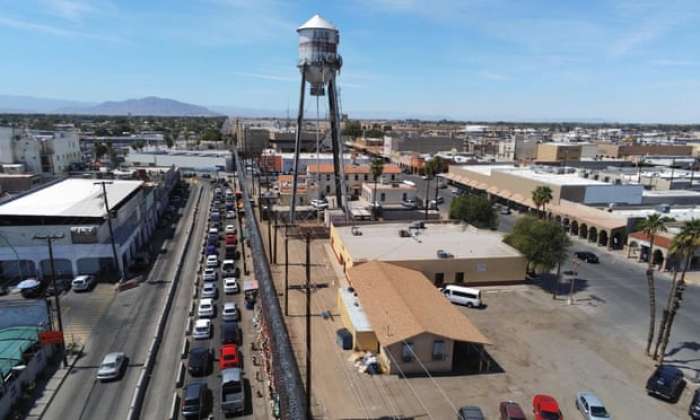 The fate of a giant US brewery under construction in Mexico’s parched borderlands will be put to a vote this weekend in the latest attempt at direct democracy by the country’s populist president.

The brewery in Mexicali has provoked controversy in a region where the climate crisis has already caused droughts, and where farmers and residents have taken exception to a US company, Constellation Brands, extracting water to produce beer for export.

But the vote over its construction, due to be held on Saturday and Sunday, has drawn criticism from both sides in the row, and unsettled critics of the president, Andrés Manuel López Obrador.

The Mexican leader, popularly known as Amlo, says such plebiscites ensure that “the people have the last word”. But critics say the process is routinely set up to induce the president’s preferred outcomes.

“There’s a symbolism in this: that Amlo knows what the majority thinks – or what the majority supposedly thinks,” said Aldo Muñoz Armenta, a political science professor at the Autonomous University of Mexico State. “Where he wants the project to succeed, the consultation gives weight to his decision and he will mobilise his base to make it happen.”

The president first unveiled the plan to hold regular plebiscites during the presidential transition in 2018. He initially put a series of 10 projects to national votes, ranging from a refinery to railways and mass tree-planting.

To no one’s surprise, all were passed with roughly 90% approval – and barely 1% of the population participating.