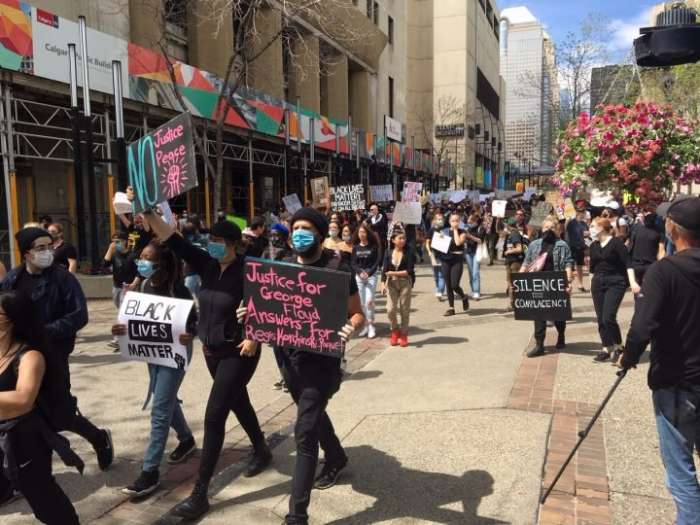 Police chief Mark Neufeld made the remarks while speaking on Calgary Today with Joe McFarland on 770 CHQR.

“As we watched in Calgary, the footage of the officer on George Floyd — there’s no question that was something that was preventable, it was avoidable, and I’m not surprised he was charged,” he said

Neufeld said when he watched the video, he asked himself what lessons he could take from it but noted he doesn’t think something like this would happen here.

“I see tactics there that we wouldn’t use. You have people on the street too and the gentleman himself saying that he can’t breathe and people pointing that out,” he said.