Missouri: Brothers, six and seven, die after crashing their grandparents' car into tree 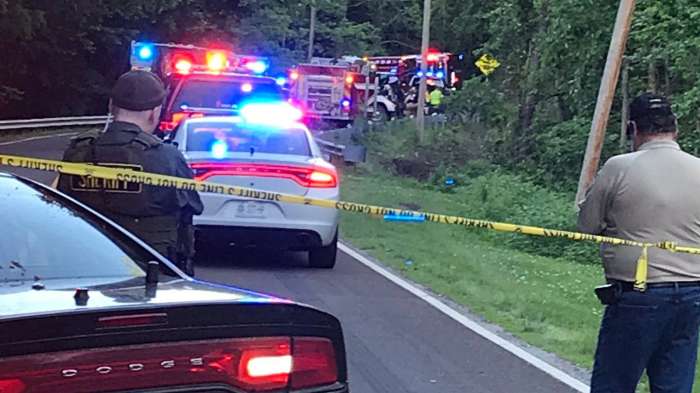 Two brothers aged six and seven have died after the older child got behind the wheel of a car at their grandparents' home and crashed into a tree.

The seven-year-old, with his sibling in one of the passenger seats, drove the vehicle through a field and then on to a country road - travelling east - near Kansas City, Missouri.

The Missouri Highway Patrol said in its report that the 2007 Buick LaCrosse hit a road barrier and a guy-wire (a tensioned cable used to support a free-stranding structure), before overturning and crashing into a tree.

The vehicle landed on its roof and caught fire, and the brothers - whose identities have not been released - were pronounced dead at the scene.