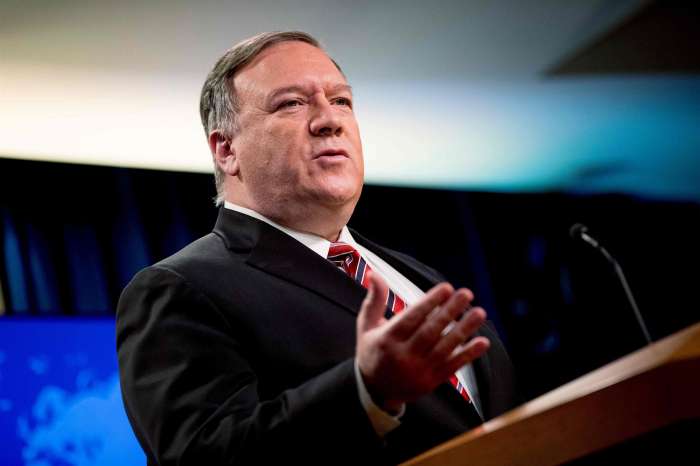 In May, NBC News revealed that Pompeo had held some two dozen of the dinners at the State Department — lavish private affairs that official invitations described as a chance to gather "thinkers and leaders to share ideas on the future of America and the world."

Now, an analysis of Federal Election Commission data and internal State Department documents shows that out of a total of 360 people sent invitations, at least 150 were from groups that are overtly conservative, formally affiliated with the Republican Party or right-wing media outlets. Most of the others were from the private sector, with a smaller number from the diplomatic world.
Բաժանորդագրվեք մեր YouTube ալիքին
Լրահոս
12 Aug