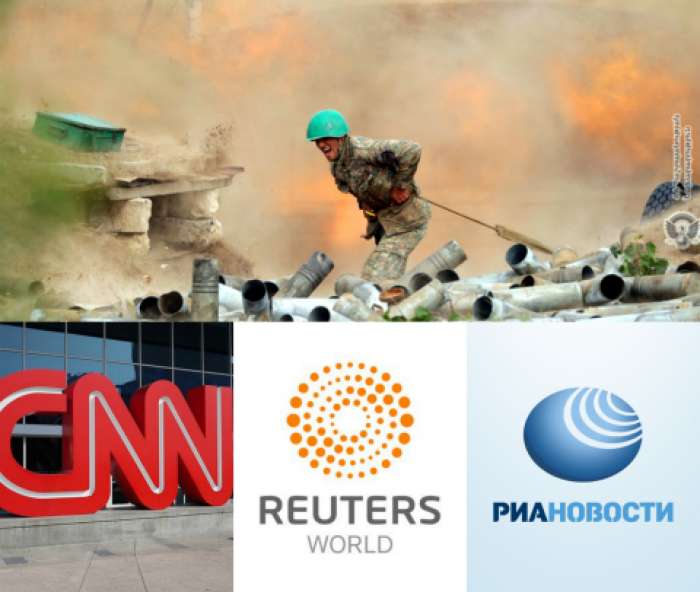 The international community no longer seems to doubt that Armenia and Artsakh are fighting against international terrorism and that the existence of terrorists brought by Turkey in the region is already a confirmed fact:

"Since the start of hostilities on September 27, at least three Syrian militants have been killed in Nagorno-Karabakh,"the London-based Guardian newspaper claims.

Syrians between the ages of 17 and 30 were recruited by the Turkish military and the command of the "Syrian national army" in order for Azerbaijan to participate in the fighting, the BBC Arabic service claims.

According to the BBC Turkish service, the total number of Syrians gathered to participate in the military operations in Nagorno-Karabakh reaches 1,000. Sources told the newspaper that 250 of them were brought to Azerbaijan by transport planes from the city of Gaziantep near the border with Syria.

Since midnight, Russia's TASS has published 14 reports about the conflict, two of them from an Azerbaijani source :