INTERNATIONAL LEGAL BASIS FOR RECOGNITION OF THE INDEPENDENCE OF THE REPUBLIC OF ARTSAKH. Vahe Enfiajyan 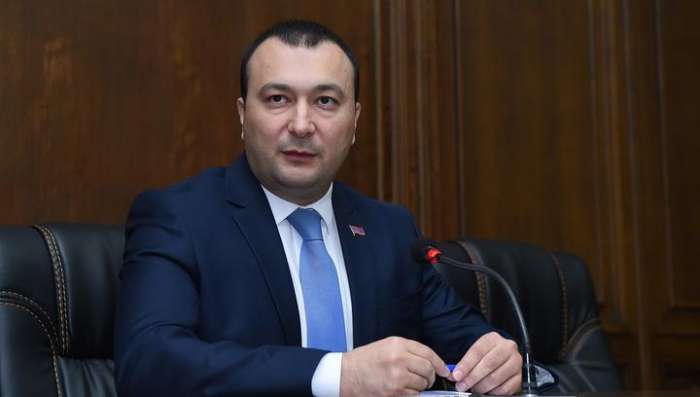 Artsakh was historically Armenian-populated and Armenian-speaking territory, the evidence of which is the Armenian historical and cultural heritage existing in Artsakh.
The Nagorno-Karabakh was first announced as a disputed territory by newly founded Azerbaijan in 1918. In the same year the representative body of the Nagorno-Karabakh the Congress of Armenians of Artsakh declared its independence.
Nagorno Karabakh was first illegally integrated in the territory of Azerbaijan in July 1921 by a third state (The Caucasus Bureau of the Communist Party of Russia) without taking into account the will of the population of the area. A significant part of Artsakh, including the exclusively Armenian-populated Shahumyan region, has been left out of the artificially created territory of NKAO( Nagorno-Karabakh Autonomous Oblast ) within Azerbaijan.
During the years of the existence of USSR, the authorities of ASSR ( Armenian Soviet Socialist Republic) and NKAO have regularly taken steps to disintegrate NKAO from the territory of Azerbaijan. Azerbaijan exerted repressions in the Nagorno-Karabakh Autonomous Region, not allowing the Armenian population of the Nagorno-Karabakh to enjoy its constitutional autonomy (stated in Article 27, USSR Constitution, 1977) provided by the norms of international law.
The process of self-determination of Nagorno-Karabakh (1988-1991) has been implemented in accordance with the USSR Constitution and laws and norms of international law. Nagorno-Karabakh gained independence as a result of the collapse of the multiethnic USSR. Nagorno-Karabakh formed all the attributes of the statehood. It has public authority: legislative, executive, judicial bodies, Armed Forces, Constitution, state symbols (flag, coat of arms, anthem) and participation in international relations.
Armenia recognizes the territorial integrity of Azerbaijan but Nagorno Karabakh has never been a part of the territorial integrity of sovereign Azerbaijan.
In 1991 Azerbaijan declared itself as a successor of Musafat Azerbaijan in accordance with the legal act of restoration of independence, refusing the heritage of Soviet Azerbaijan, including all legal agreements signed during Soviet era.
During 30-year independence of The Republic of Artsakh (The Republic of Nagorno- Karabakh) the aggressive policy, destructive-terrorist behavior of Azerbaijan emphasizes the importance of the international recognition of The Republic of Artsakh.
Այս թեմայով New details on the murder case that occurred in Gyumri Veronika Avetyan: "I waited, but no one remembered you on occasion of Army Day." Vahe’s Death and Patriots: Petros Ghazaryan Vahe Avetyan's Health State Too Severe for 11 Days Vahe Avetyan’s Health Condition Gets Worse
Բաժանորդագրվեք մեր YouTube ալիքին
Լրահոս
23 Sept