In the wake of war crimes. what awaits the Erdogan-Aliyev tandem? 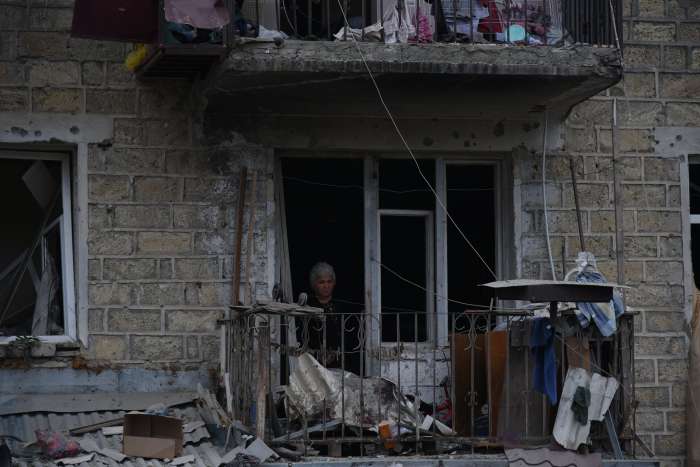 After the second world war, the civilized world developed and adopted the four Geneva conventions, which, through their additional protocols, form the core of current international humanitarian law.These are minimum rules of war that aim to limit the disasters of war. The fourth Geneva Convention, in particular, concerns the rules for the protection of civilian persons in time of war.The first Protocol, which is part of this Convention, sets out, point by point and in clear text, what should not be done with respect to the civilian population.

Of course, this applies to the warring parties, which, according to the logic of the Convention, should be state associations, and not terrorist groups. The use of mercenaries and terrorists is prohibited by other international treaties. This analysis still applies only to actions against the civilian population, the subject of which is the belligerent party-a state that has assumed the obligations established by the Convention.

Article 51 of the Protocol explicitly States that " the civilian population as such, as well as individual citizens, should not be the object of attack. It is prohibited to carry out acts of violence aimed at spreading terror among the civilian population."According to the same article," undeveloped " attacks (indiscriminate attacks) are prohibited. An attack that is carried out by military methods and means that are not aimed at achieving a specific military goal, or that is of such a nature that it can strike civilian or civilian objects in an undeveloped manner together with military objects, is considered to be underdeveloped. By the way, all these actions are "serious violations" of the Protocol.

What are the armed groups fighting on the Azerbaijani side doing? They hit residential cities with anti-aircraft missile launchers with cluster warheads.According to published factual data, the strikes are aimed specifically at residential facilities and the civilian population, and not at military installations. These are serious violations of Protocol, since the use of cluster munitions alone makes a "differentiated" attack impossible. It should be briefly noted that a cluster missile is a type of ammunition whose fragments and small grenades are aimed at causing more damage to living targets.

Making journalists a target in violation of the same rules is equated by the Protocol with targeting the civilian population or with an "unbalanced attack" that has an impact on them, which is also a serious violation and thus a war crime. We know that a lot of journalists have been seriously injured in Artsakh these days by Azerbaijani missiles and targeted UAV attacks:

This war crime of Azerbaijan has yet to receive its assessment. The Armenian government has already applied to the European court of human rights to apply a temporary measure against both Azerbaijan and Turkey, given the latter's direct involvement and role. The ECtHR, in the case of the two countries, accepted the Arguments and justifications presented by Armenia and decided to apply a temporary measure. The world should know that Azerbaijan is a state that supports terrorism, and the Azerbaijani authorities are war criminals: