During the night of October 16, the Azerbaijani Armed Forces have once again targeted Stepanakert-State Service for Emergency Situations of the NKR 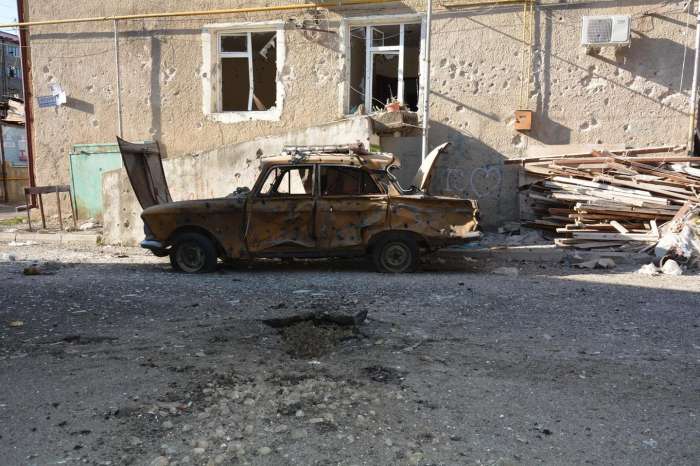 During the night the adversary shelled several central and non-central streets with different weapons and cluster bombs and damaged people's private property and destroyed apartments. The adversary has also hit one object of economic significance.
The overall size of the damage is being specified.
3 civilians suffered from the shelling during the night, they have been moved to a hospital.
State Service for Emergency Situations of the NKR

Այս թեմայով Armenian assets of GeoProMining Group of Compaines have significantly increased payments to the state budget The City Council of the Greek city of Didymoteicho adopted a resolution expressing solidarity to the Armenian people and condemning the Azerbaijani-Turkish attacks and acts of violence against Artsakh Thanks to search and rescue operations by the Artsakh Rescue Service, their bodies have been removed from the ruins. On the night of November 5-6, there was unrest in peaceful settlements. According to preliminary figures there are 3 victims among the civilian population. The last update of new losses of Azerbaijan
Բաժանորդագրվեք մեր YouTube ալիքին
Լրահոս
9 Feb