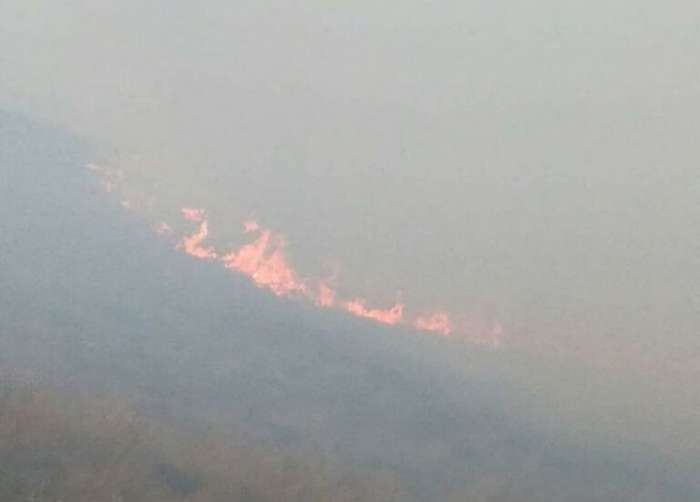 In parallel with the targeting of civilian communities, the Azerbaijani armed forces, especially in recent days, have been deliberately burning the forested areas of Artsakh. According to preliminary data, they mainly use banned white phosphorus weapons.
Within the framework of the fact-finding mission of the Artsakh Human Rights Ombudsman, it was revealed that the deliberate burning of the forests of Artsakh by the Azerbaijani side is widespread and covers all regions. According to preliminary data, 1815 hectares of forest area have already been burned, but fires continue in various areas, and there is a tendency for rapid growth.
Given the size and geographical coverage of the burned forests, the population of the Artsakh Republic is facing an environmental catastrophe, which undermines the environmental security in the region and contains long-term dangerous consequences for the life and health of the people of Artsakh. Moreover, the Azerbaijani armed forces, with these criminal methods, intend to harm the civilian population sheltered in the forests.
The Ombudsman emphasizes that the deliberate burning of the forests by the Azerbaijani armed forces is a war crime, and calls on the international community to take practical steps to condemn the Azerbaijani crimes and punish those responsible.
Այս թեմայով A total of 46 civilians were killed and 144 wounded during the war-Ombudsman of Artsakh Republic Artak Beglaryan Azerbaijan continues war crimes against the Artsakh people-Artsakh ombudsman Artak Beglaryan The Briefing of Artsakh Ombudsman Artak Beglaryan My call and demand to the international community is to fulfill its responsibility, not to be limited by our status, to provide as much support as possible from humanitarian, political and economic points of view-Artak Beglaryan Human rights organizations are just obliged to visit Artsakh immediately during such crimes, with their objective fact-finding mission to fix what is happening here. Artak Beglaryan
Բաժանորդագրվեք մեր YouTube ալիքին
Լրահոս
31 Jan