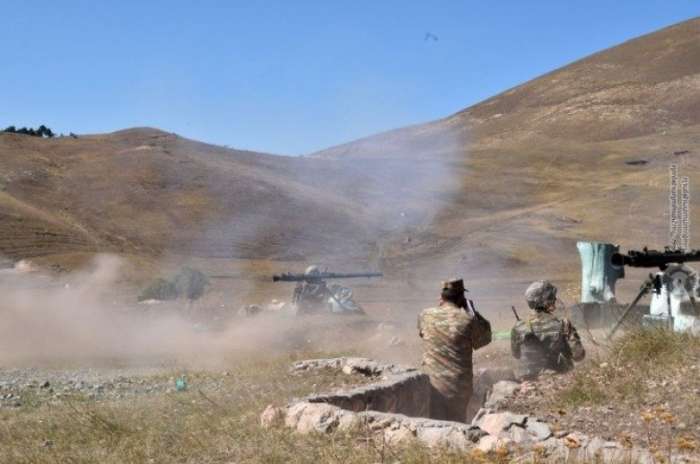 Overnight hostilities continued in all directions of the frontline.
Intense battles took place in the area of Shushi-Karin Tak. Artsakh Defense Army units successfully repelled multiple attempts by the Azerbaijani Armed Forces, destroying large number of manpower.
The operative-tactical situation in all directions of the front line remained unchanged.
Azerbaijani Armed Forces continued to shell peaceful settlements of Artsakh with rocket and artillery fire.
Defense Forces destroyed 2 Azerbaijani military vehicles and 4 UAVs on the South and SE.
At the moment, Azerbaijani Armed Forces' attempts to advance in the main directions continue.
Artsakh Defense Forces take appropriate measures to suppress these actions, to detect Azerbaijani groups and neutralize them with precise fire.
Այս թեմայով On the occasion of the Army Day Mikayel and Karen Vardanyans donated 330 million drams to 1098 families of the killed in the 44-day war, having minor children Ten new cases of coronavirus reported in Artsakh The City Council of the Greek city of Didymoteicho adopted a resolution expressing solidarity to the Armenian people and condemning the Azerbaijani-Turkish attacks and acts of violence against Artsakh At around 11:30 am, the Air Defense units of Artsakh Defense Army destroyed an Azerbaijani UAV in the southeastern direction-Defense Army of Artsakh During the night of November 5 and the early hours of November 6, combat operations continued along all the main sections of the frontline.
Բաժանորդագրվեք մեր YouTube ալիքին
Լրահոս
31 Jan