Manvel Grogoryan: If the enemy mixes up, military operations will be moved to the territory of Azerbaijan 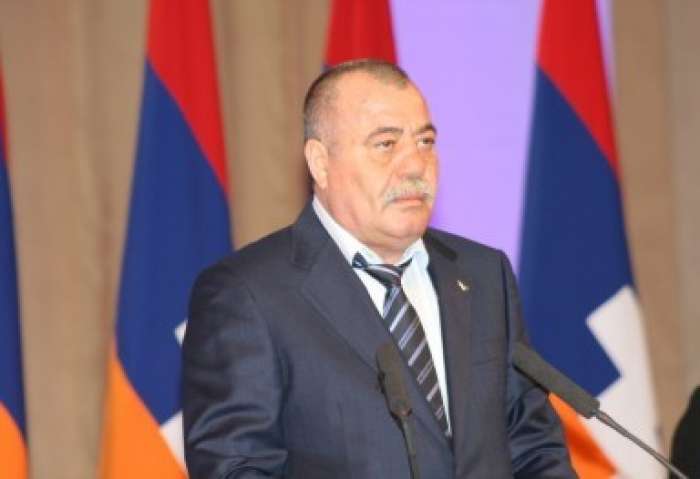 Mr Grigoryan, what’s your evaluation on extradition and granting pardon of the felon which axed sleeping Armenian officer?
Firstly, Aliyev proved once more that Artsakh can’t be in Azerbaijan. How can Artsakh, an Artsakian live in peace in Azerbaijan, if that country organizes Armenian’s murder in the heart of Europe. We knew beforehand, but society which considers itself civilized, didn’t understand until this day, let it understand now, that Turk is a Turk even in the 21st century, Turks haven’t changed, haven’t civilized. And while estimating phenomena, let them not put an artificial equal sign, but display fair approach.
So, what do you suggest? Shall we refuse the process of cooperation in Minsk group?
No. There is no need to refuse. It’s just needed to let the world know that for Azerbaijan negotiations are just an imitation. They lull the world’s vigilance and secretly do their job – snipers’ provocative actions and murder of a sleeping Armenian and etc. Besides participating in negotiation process we should also be ready for the war. We should also explain to the world that there is no any other real guarantee for peace for the Arthsakhian, than the liberated territories, handing of which will give territorial predominance over Turk Azeri. The world should also understand that there is no status for Artsakh in Azerbaijan. One who presents such a demand is a felon and patron of ramilsafarovs.
Won’t this disposition lead to worsening of the situation, resumption of military actions?
Just the contrary. We are Christians and peace-loving. It was that Azerbaijan, that opposed Sumgait and Baku massacres to peace demands of the Artskhians. And we imposed peace to the Turkey, which imposed war. No one better that Yerkrapah realized the price of peace. We lost friends, brothers, we liberated lands on the price of our friends’ life. We won’t give those territories to them for peace, as I have already mentioned if Azerbaijan gets positional advantage, it won’t avoid resumption of military activities. If our hero is Constable Vazgen Sargsyan , if our hero is the soldier defeated at Artsakh war, soldier which imposed peace to the enemy, Azerbaijan’s hero is the one whose courage is just for axing a sleeping man.
Is the moral and psychological condition of the army sufficient to motivate war and will the reservists be integrated in military actions, if needed?
I can guarantee in name of all reservists that in case of emergency we’ll be on the front. I don’t distinguish us from the army. General or officer can’t be former. The Armenian nation is ready to do miracles together, and we’ve proved that we can defend our homeland, and we can defeat militarist Azeri. If the enemy mixes up and starts war military actions will be moved to the territory of Azerbaijan.