Nikol Pashinyan is either deceived, blackmailed and forced to sign documents, or this scenario is in his favor: Artak Tovmasyan 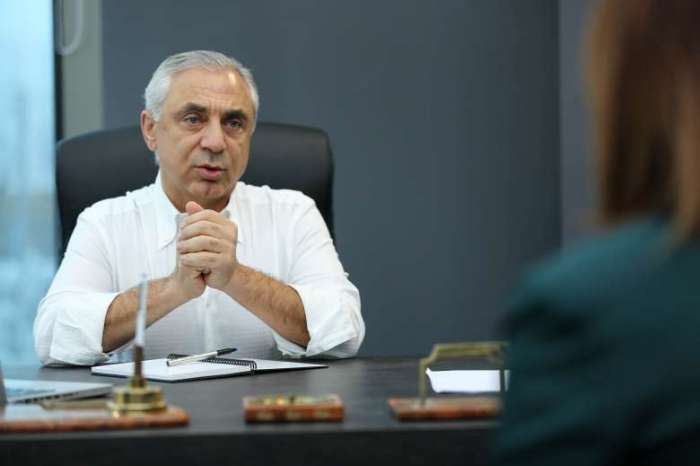 The trilateral meeting of Pashinyan-Aliyev-Putin is scheduled for January 11 in Moscow. The agenda of the meeting is still not properly presented to the Armenian people and has not even been discussed.

The correspondent of LURER.com contacted the president of the “Tovmasyan” Foundation Artak Tovmasyan, who recently announced the creation of a new political force.

We asked Artak Tovmasyan about the information that he has, what issues are on the negotiating table: “Out of the many issues discussed during these negotiations, two questions can be distinguished. The first question is the return of prisoners of war, which should have already been solved by the principle of “all for all," but they once again deceived Nikol Pashinyan, delay the return, and set a new condition before him. The second question is the opening of the road that connects Nakhchivan with the western part of Azerbaijan. It should be highlighted, that the opening of a "corridor" on the territory of Armenia means the realization of the historical dream of the fraternal Turkish states, which is nothing but a victory of the pan-Turkism policy in the region. Azerbaijan will have a land connecting with Turkey, and Turkey, in turn, will implement its plan to open the road to China. This issue is discussed in accordance with the article 9 of the document signed on November 9, according to which the Republic of Armenia ensures the unhindered movement of citizens, transports and cargo in two directions between the western regions of the Republic of Azerbaijan and the Nakhchivan Autonomous Republic. The control is carried out by Russian peacekeepers. We also asked Artak Tovmasyan: does the opening of this road activate region's economy and how profitable is it for Armenia? He responded that there is no one engaged in negotiations, who promotes Armenia's opinion and interests. The opening of this road is forced by the war, but not in a pre-planned way.

“ Being well informed, once again I confirm my word, that Nikol Pashinyan cannot conduct these negotiations in favor of Armenia. He is either deceived, blackmailed, forced to sign documents, or this scenario is in his favor, which will be clear over time when the next government delivers justice. However, it is clear that we will see the disappointing consequences of all of this in the near future. Tovmasyan said that all prisoners of war will be returned, if Pashinyan agrees to freely open the road. In other words, the exchange of prisoners on the principle of "all for all" will not be carried out on the basis of the earlier agreement. On the other hand, Pashinyan expressed his readiness to resolve other issues only after receiving a promise to return the prisoners, which should have already been done. Unfortunately, decisions are made even without discussing them with Pashinyan, his presence is needed purely for protocol, just to receive his signature. Even in this case, Pashinyan is still trying to imitate a process of work, for example, he represented the return of prisoners as an "achievement of successful negotiations," said Artak Tovmasyan.

Այս թեմայով At the expense of the «Tovmasyan» Foundation in the basic school No. 143 after. Movses Khorenatsi opened a modern engineering laboratory The Tovmasyan Foundation organized a flash mob on the occasion of the 30th anniversary of the Armenian Army (video) Tovmasyan Foundation: Christmas fair is held Artak Tovmasyan has announced about the unreliability of electoral lists in parliamentary elections Business Relations Council Announcement
Բաժանորդագրվեք մեր YouTube ալիքին
Լրահոս
8 Feb