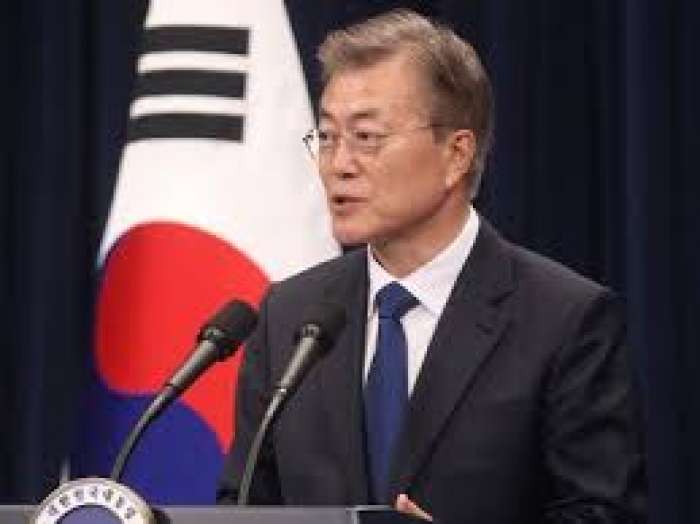 South Korea's president Moon Jae-in on Monday urged the incoming Joe Biden administration to build upon the achievements and learn from the failures of US President Donald Trump's diplomatic engagement with North Korea, AP reported.

During a mostly virtual news conference in Seoul, Moon claimed that North Korean leader Kim Jong Un still had a “clear willingness” to denuclearize if Washington and Pyongyang could find mutually agreeable steps to decrease the nuclear threat and ensure the North’s security. Most experts see Kim's recent comments as further evidence he will maintain his weapons program to ensure his regime's survival.

When asked about the North’s efforts to increase its ballistic capacity to strike targets throughout South Korea, including U.S. bases there, Moon said the South could sufficiently cope with such threats with its missile defense systems and other military assets.

“The start of the Biden administration provides a new opportunity to start over talks between North Korea and the United States and also between South and North Korea,” which have stalled amid the stalemate in nuclear negotiations, Moon said.