PAUL Armenia will be located at a historical building in Yerevan: Co-Chairman of the Board of Directors of the Galaxy Group of Companies Artyom Khachatryan have been released details of the long-awaited project 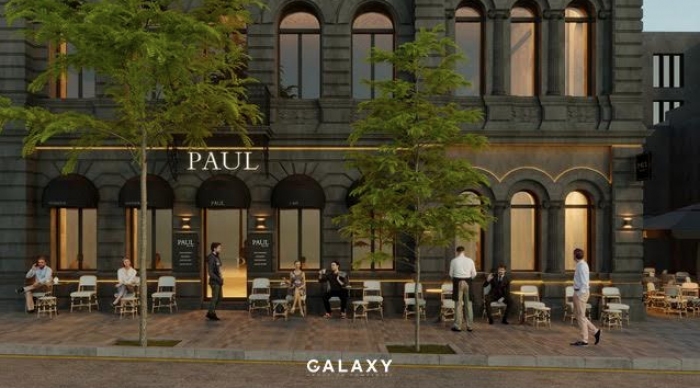 The first PAUL in Armenia will be located at 8 Abovyan street, combining architecture of the old Yerevan and the culture of French bakery. After about one year break Galaxy Group of Companies and PAUL International are finalizing this development project. In the next few years 5 café-restaurants of famous PAUL bakery in be opened Armenia with the opportunity to create about 200 new highly-paid jobs.

“PAUL is one of the beautiful examples of the Armenian-French friendship and the first international prestigious brand entering Armenia after the war of 2020. This fact is both honour and responsibility for us. We are happy to state that after overcoming the difficulties of war and pandemics, we are restarting the development projects and involve international investments in our projects again which, surely, will have its economic and social impact on Armenia. Our agenda is including also the opening of PAUL in the regions of Armenia which will surely promote community development” said Co-Chairman of the Board of Directors of the Galaxy Group of Companies, PAUL Project Manager Artyom Khachatryan.

The French Panetude design studio, which jointly with the Armenian Electric Architects monitors compliance with the requirements of the French brand works for the foundation of the first Armenian PAUL preserving the building of Armenian historical significance. As a result, PAUL will be located in the house constructed in Yerevan in 1884 for a member of the City Duma, public figure and merchant Barsegh Yeghiazaryan. “Upon the initiative of Galaxy Group of Companies research and design works as well as study of the national archive and international surveys have been carried out for the preservation of the building. The founders of Galaxy highlighted the complete preservation of the historic and cultural monuments of Yerevan and their revival in the light of identity, history, as well as for the tourism sector development.

It should be stated that PAUL was founded in 1889 on the basis of the best traditions of family business. Initially operating as a French bakery, it was thereafter expanded into a café-restaurant. Currently PAUL International is managed by the 4th and 5th generations of the founder of PAUL Francis Holder, who personally monitor the whole process starting from the grain selection to customer service. PAUL is an important addition to the Armenian market with its bakery, pastry, coffee and restaurant ingredients.

At present the Chef, Bakery and Confectionery Chefs chosen for PAUL Armenia are preparing for a three-months training in PAUL France and after its completion they will be ready for the opening of PAUL to satisfy Yerevan customers with their French partners.

It should be noted that for already one decade Galaxy Group of Companies has been introduced in the hotel and restaurant sector where, represented by its brands it introduces innovations changing and improving market rules. The sector portfolio of Galaxy includes Courtyard by Marriott hotel, Yerevan Santafe café and Pahest33 conceptual bar-restaurant which are in the stage of completion.  The introduction of PAUL in Armenia was welcomed by the trade-industrial partnerships, diplomatic representatives and others presenting the Armenian-French friendship.