Tamara Vardanyan (historian): The official version of ethnogenesis of Azerbaijanis is a fiction (video) 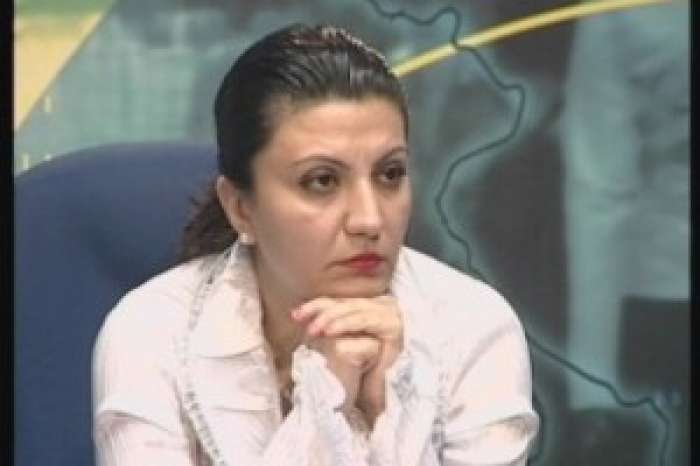 Interview with a candidate of historical sciences, the author of the monograph "The Azerbaijanis: The Story of unfinished ethnoproject" Tamara Vardanyan.

1. Recently your book "The Azerbaijanis: The Story of unfinished ethnoproject" was published in Moscow. What goal do you pursue?

First of all, the desire to tell the truth to people and especially the Azerbaijanis. The version of the ethnic group of origin, which is now the policy and invariably imposed, is a fiction, and does not hold critics from a scientific point of view.

2. Presentation of the book took place in Moscow on the 30th of August this year. Have you submitted your book in other countries?

The official presentation took place, as you know, in Moscow. But the geography of the book itself is quite large. Just recently I have been at a conference in Ukraine, where participants-historians from different countries have an opportunity to familiarize with it.

I also have a trip to Moldova, where the book will also be presented by me at the international symposium on identity. I should add that the book has appeared not only in bookstores of Russia and Armenia, but also in the chain stores of "Russian book" in the cities such as London, Massachusetts, Frankfurt, Tokyo, etc.

3. What about Turkologists in Armenia?

It is known that the science in Armenia is experiencing hard times. There is a lack of state support, and there are not also clear priorities in the selection of research topics and areas. However, the Armenian scientists are trying to answer the challenges of the time and tend to go with dignity out of this difficult situation. Despite the "brain drain," there is the potential, but we need to organize it properly.

4. So why do you use the term "ethnoproject" against the Azerbaijani ethnic group? In general, what is Azerbaijani people on your point of view?

The word "ethnoproject" does not have negative connotations, as it may, perhaps, be seen in the wider communities. The core can be considered the Turkic Muslims of Eastern Transcaucasia, but, in fact, the modern Azerbaijanis are a conglomerate of different national and linguistic, religious and even racial groups that are almost discard the Mongoloid type, still not developed in a culturally homogeneous community.

5. What is the origin history of Azerbaijanis?

Since the second half of the XIX century to the present among the Turkic-speaking Muslims of eastern Transcaucasia, there are three main phases of drifting identity with the following conditional dates: 1) the end of the XIX century; 1920th years. - Inization and start of Turkization 2) 1930th years; from 1930 to 1990 - turkization and Stalin azerbaijanization and 3) from 1991 to the present day - drifting between newly galvanized the post-Soviet ethnic Turkism and inherited from the Soviet system Azerbaijanizm.

In fact, public opinion in Azerbaijan drifting between them and the state machine continues to purposefully introduce identity of  Azerbaijanis, still trying to ethnicise.

6. Why does the term South Azerbaijan appear now?

It is a political project, which has expansionist goals for Iran.

7. In your opinion, is there a way out of the Karabakh conflict?

The fact that this issue has been resolved on the battlefield in 1991-1994., when the Armenians of Artsakh during the forced and imposed war of self-defense defended their right of freedom and independence. Now it is clear that Nagorno-Karabakh will never return to Azerbaijan.

But the problem is that the Azerbaijani side, constantly worrying, tries to use the anti-Armenian sentiment in society to crystallize their identity and complete the process of nation building.

8. Can it be said that the history of Armenians and Azerbaijanis or Caucasian Tatars is saturated withnegative, in what they sometimes try to believe us?

Definitely can not say so because of the history of relations in principle is somewhere over 100 years, which also included 70-year-old Soviet era of peaceful coexistence. In the Soviet period, although there was a latent intolerance, open competition, including enhanced de- Armenization of Artsakh (Nagorno-Karabakh Autonomous Region), the cities of Baku and other regions of Azerbaijan SSR, finally, the complete de -Armenization of Nakhichevan, but it turned into hot conflict only to the sunset of the USSR.

9. Where your ancestors from?
Paternal - Kars, maternal - Tbilisi. I was born and grew up in Yerevan.

10. Do you have a favorite place in Armenia?
My flat, from the windows which Ararat and Aragats, and the mountain Arai are visable.

11. What is the role of Armenians in your life?
I am a person of action. I do not like talking about it.

Այս թեմայով Mikael Vardanyan provided 111 million drams to all the underage disabled children from beneficiary families of Tavush Karen Vardanyan donated life-saving modern equipment of 112 million drams to the National Center for Infectious Diseases With the support of Mikayel Vardanyan in the amount of 120 million AMD, soldiers injured in the war will recover in a new building Karen Vardanyan donated passenger cars and necessary inventory to 5 orphanages in Armenia on the occasion of June 1st Mikayel Vardanyan provided financial assistance to 348 single mothers of children with disabilities on the occasion of Motherhood Day
Բաժանորդագրվեք մեր YouTube ալիքին
Լրահոս
28 Jan