Robert Kocharyan: The struggle for power between two Karabakhis 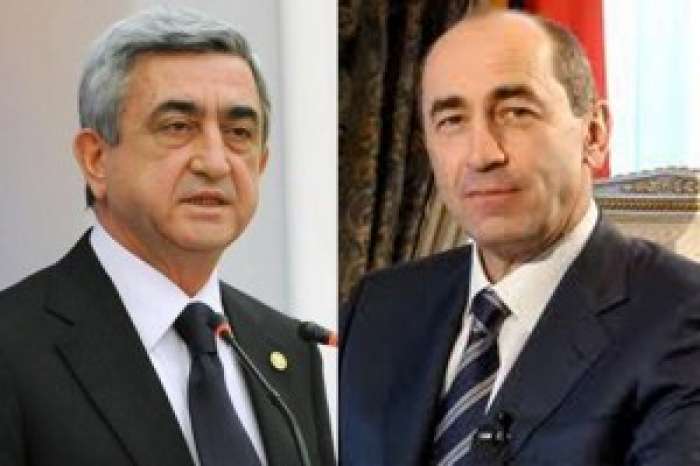 Mediamax exclusive interview with the second President of Armenia

- Robert Kocharyan, people expected you to run for presidency but you did not. Which are the reasons of your decision and how you assess the current political situation?

- The political situation in the country is so uninteresting that the reason I agreed to this interview is just my promise to give one. Naturally, I know that there were some expectations relating to my participation in the upcoming presidential elections.
Though I have never stated about my intention to do so, nevertheless I consider it right to give certain explanations in this regard. I will stress three main circumstances that have kept me back from returning to active politics.

First is the unacceptability of fight between two old partners, two Karabakhi people. It would have created a complicated situation for many and would have become a reason for different speculations. Besides, I personally offered him as my successor and his desire to be re-elected is understandable.

Secondly, I did not want to participate in the creation of a format of extremely unpleasant fight of three presidents for power, which I am sure, would have been harmful for the country.

And finally, the search for political compromise has turned into a resale political trade in Armenia. This is not what I would like to waste my time, knowledge and experience on.

Of course, these are not the main factors, but I consider them emotionally and ethically weighty.

- In your previous interviews you were speaking about emigration, economic growth and political competition. What is your today’s assessment?

- Unfortunately, the basic factors today as well do not inspire optimism. The tempos of emigration do not reduce and it does not look like working migration at all. The low birth rate, aging population - these are very dangerous tendencies. It is not accidental that migration is considered the cardiogram of country’s health situation.

The economy has started growing but will this growth be stable in conditions of reducing investments and how much will it depend on the gathering debts? Even with the 7% of expected growth in 2012 we will not reach the 2008 level, especially in conditions of threefold increase of state debt.

By the way the restoration of railway communication through Abkhazia may be a serious positive factor for the country’s economy which has become possible after the changes in Georgia.

As to the political competition, before the elections it was of a puppet nature, which of course cannot promote the effective work of the authorities and causes indifference among public.

With calm and slow efforts of the government it will be very difficult to break these tendencies. We need much more. We need something to mobilize the people, inspire them hope and make them act. I hope the authorities will overcome these challenges.

Այս թեմայով The Drone Show is now in Armenia - an interview with an Armenian company about the details of the novelty in the field of advertising and entertainment ''I believe that OeEB and Ameriabank have a great strategic fit’’ Ameriabank ready for initial public offering of shares - Managing Director, Financial Institutions for EBRD Interview with Francis Malige Bill Gates on the pandemic and the climate catastrophe. Interview on TVN24 GO (Video)
Բաժանորդագրվեք մեր YouTube ալիքին
Լրահոս
27 Jan