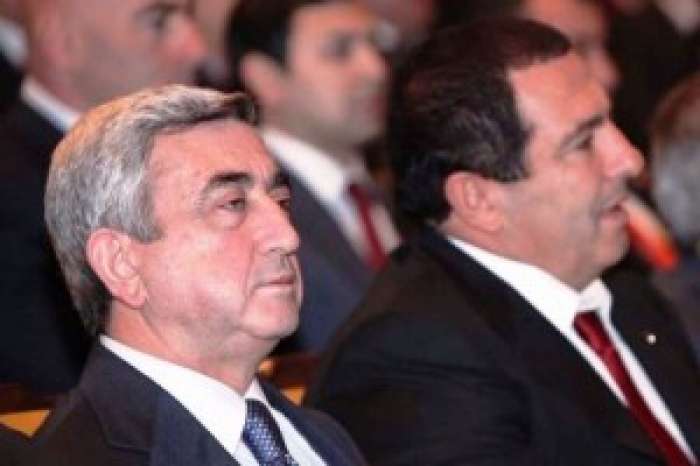 Prior to the visit to the Vatican, which was of an important "strategic importance", President Serzh Sargsyan finally put everything in its place. First, with a bright face, he listed all the changes that have been implemented over the years, and then, pointing to escalate of the situation in the country, talked about the protesters. In short, President Sargsyan well assessed the current situation, if not perfect, again stating his determination, and went to Vatican.

After the recent conference, all the political forces in the face of "Prosperous Armenia" panicked. PAP, of course, hoped to break off a "big chunk" in the new government, but suddenly Serzh Sargsyan returned, held a press conference and once again put everything in its place. As a result, PAP was once again left with nothing.

And in this situation it is interesting to follow the further steps of the PAP as the only piece that can still get all of the party is Yerevan, despite the fact that today the Mayor of Gyumri is a member of PAP Samvel Balasanyan.

That is, it turns out that since the presidential election, when the PAP refused to take part with its own candidate, and ending with the upcoming municipal elections on May 5, Serzh Sargsyan did not show enough of a positive attitude to his old coalition ally- PAP, which led to the obsession with Gagik Tsarukyan's victory in this fight.

Despite the fact that the list of the Republican Party in the municipal elections of Yerevan is headed by Taron Margaryan, however, and today assets of RPA to win elections exceed the assets of the PAP, which has missed the opportunity to be the first in this fight, rejecting a proposal to present a united alliance with other political forces.

In this situation, PAP was left out of the game, and the main character in this situation, you can call the President of the RPA Serzh Sargsyan, who "disqualified" best player of "Assembly of Armenia."

Այս թեմայով From the old players to a new "surprise". The political field is getting positioned ․ "Past" If the Caucasus becomes a place like Syria, then God help everybody: Europe, Central Asia, everybody Narek Sargsyan’s extradition process goes on according to procedures: Prosecutor General’s office Presidents Serzh Sargsyan and Bako Sahakian visited the Kashen mining compound Azerbaijan used weapons it has recently purchased from Russia - Serzh Sargsyan tells Medvedev
Բաժանորդագրվեք մեր YouTube ալիքին
Լրահոս
24 Oct