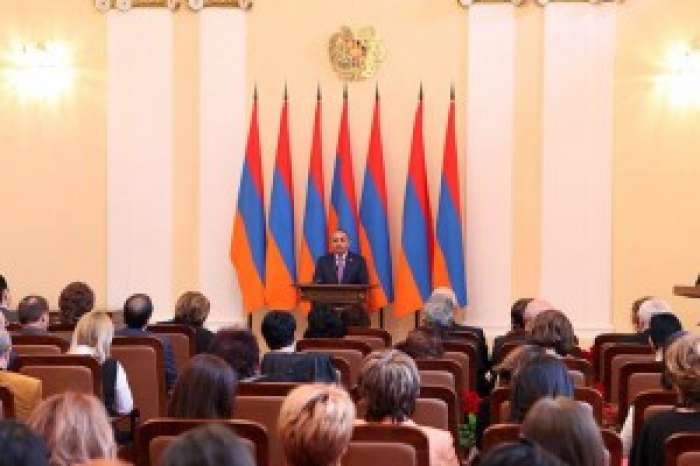 Yesterday, on the International Day of Theatre NA Speaker Hovik Abrahamyan decided to open up and play at least before the representatives of theatre the role, of which he had dreamed of- to present exactly as the President.

In his congratulatory speech in connection with the awarding of the International Theatre Day Hovik Abrahamyan stressed that artists, particularly theater actors, in the years of independence were always close to the people, then awarded medals of Honor. A similar number of medals is also clear evidence of a direct imitation of the presidential ceremony.