Yerevan topology-RPA in the role of a hole 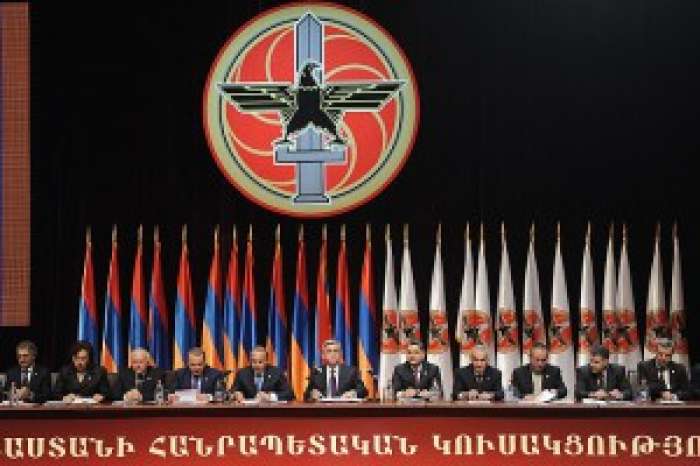 What will "Prosperous Armenia" do, if the municipal elections will be held with alternate shameful fraud, what will "Heritage" party do, if the Republican Party of Armenia will win again, what will ARF "Dashnaktsutyun" do, if "Rule of Law" party has once again highlightes its logic? These are questions that are repeated by a chain reaction every time during the elections in Armenia.

These processes eventually become like a topology-things change from one election to another, the behavior of the political forces changes, the mood and motivation change, and finally, fighters and leaders in this eternal struggle change, however, as in physical appearance, with the famous example of circles and donut, when the circle is deformed into a bagel, changing its appearance, and the subject of key study and the only constant factor is the hole, and in this situation all is changing -environment, appearance, face and thoughts, but today Serzh Sargsyan together with his party remain as a "hole".

And, of course, the only matter in the course of these years, which can be considered to become the subject of research, of course, is the phenomenon of the Republican Party, which in spite of domestic and foreign permanent deformation and changes, yet remains in the country in its unique and main plane.

Carrying out statistical analyzes in the next elections, the police, why not also the defender of human rights and the National Security Council in the face of Arthur Baghdasaryan must seriously address the RPA study, which, despite the increase in the level of consciousness and numerous protests of Armenian citizens not only in the Freedom Square, but just in the presidential elections on February 18, is preparing for another victory.

Based on the evident desire of the Republican Party to always win, it will be simply shortsighted not to register once again victory of the Republican Party, in spite of the sustained strain. List of RPA Council of Elders is the same, this time has remained the same- the topology of Armenia has changed in the topology of Yerevan, the hole is the same-power.

Let's hope that this Yerevan topology will not have the symptoms that have been observed during the presidential elections, and that this time, in the case of a real changes in real Yerevan this hole will be absent.