Why will Serzh Sargsyan remain alone on April 9? 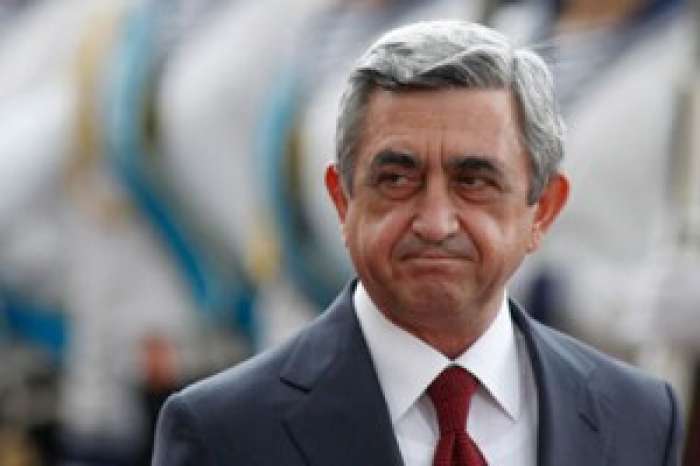 A few more days and we will be witnesses of the so-awaited Serzh Sargsyan's inauguration ceremony in the Sports and Concert Complex. Despite Raffi Hovannisian's, in fact, threats with personal life, however, the ceremony is going to be diligent and thorough manner, especially concerning the guests.

First, years ago, when Serzh Sargsyan's inauguration ceremony took place, many people called it a mourning ceremony, it was empty, isolated, but concerning the guests, it was rather full of guests, all 131 deputies of the National Assembly, hundreds of foreign officials, including Metyu Brayza, who presented the U.S. attendet the ceremony. European countries were represented by the accredited to the country Ambassadors, the Prime Minister of Georgia, the Russian Duma's Vice-Speaker, EU Special Representative in Caucasus Peter Semneby and others als atteneded the ceremony. This time, however, was quite different from the situation in 2008, so this time Serzh Sargsyan and his team should have been prudent concerning the guests' list of inauguration ceremony.

First of all, recently the Republican president, and the authorities are in conflict with several embassies existing in Armenia, in particular, the series may be related to the British Ambassador, the U.S. Ambassador, Ambassador of Lithuania (new bloggers), and Ambassadors for this series may be continued.

Then, those 131 MPs, compared to last year, not all will be present in the inauguration ceremony, in particular, ANC, "Heritage" parties representatives flatly refused the option of visit. After which, ARF-D can also be not included in the list, taking into consideration ARF-D representative's words in the Freedom Square, and finally PAP leader Gagik Tsarukyan's possible visit, which has became the topic of conversation these days. According to PAP memebers, the party has not discussed this issue, but in this case it is very difficult to believe the PAP's presence in SCC on April 9, taking into account the fact that the PAP has not yet sent a congratulatory message to Serzh Sargsyan, while last year PAP was organizing the ceremony.

So, Serzh Sargsyan does not have any other option than to see the faces of his own party members and Rule of Law party memebers in his inaugural ceremony. And of course, this time, unlike the previous one, Liberty Square, is expected to be lot of the citizens, and, of course, free for everyone. erzh Sargsyan is required to solve the puzzle, how to fill the funeral ceremony and illuminate the ceremony. And once again Serrzh Sargsyan is to be alone.

Այս թեմայով From the old players to a new "surprise". The political field is getting positioned ․ "Past" If the Caucasus becomes a place like Syria, then God help everybody: Europe, Central Asia, everybody Narek Sargsyan’s extradition process goes on according to procedures: Prosecutor General’s office Presidents Serzh Sargsyan and Bako Sahakian visited the Kashen mining compound Azerbaijan used weapons it has recently purchased from Russia - Serzh Sargsyan tells Medvedev
Բաժանորդագրվեք մեր YouTube ալիքին
Լրահոս
24 Oct