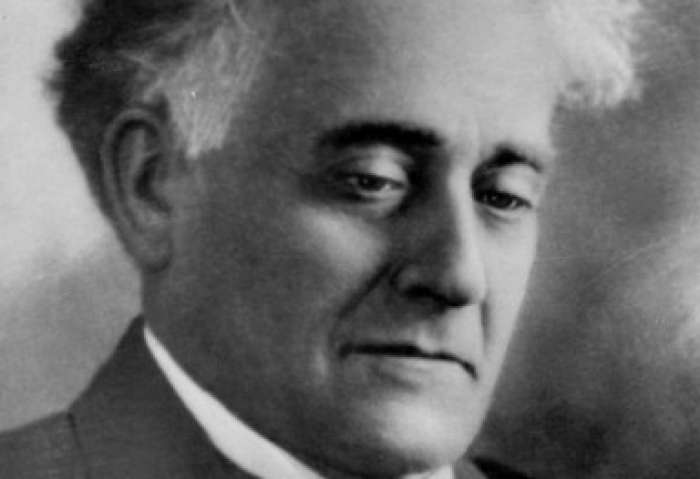 Alexander Movsesyan, better known by his pen name Shirvanzade was born on April 18, 1858. He was an Armenian playwright and novelist.

Aleksandr Movsesian was born on April 18, 1858, into a tailor's family in the province of Shirvan, modern-day Azerbaijan, and later adopted the Farsi-inspired pen-name Shirvanzade (son of Shirvan). He brought to fruition the social realist school blossoming in the Caucasus and particularly in Azerbaijan promoted by the philosopher and playwright Mirza Fatali Akhundov. At the age of 17, Shirvanzade went to work in the city of Baku whose fortunes were beginning to rise with the boom in oil production. He immersed himself in Armenian, Azeri and Russian literature as well as reading Stendhal, Balzac, Flaubert, Zola and Shakespeare, his greatest love.

Working first as a clerk and then as an accountant for oil companies, Shirvanzade saw first-hand the social impact of industrialized oil production. He turned his shock and anger into a literature of protest, writing in many genres: novels, plays, short stories, and newspaper articles.

His later literary activities resulted in his imprisonment in Tiflis, an experience which led to his masterpiece, Chaos (1896–97). Returning to Baku, he became increasingly interested in women's issues, as shown in his play Evgine about women's suffrage, and Did She Have the Right? Shirvanzade's concerns with capitalism and feminism fuse in his drama, Namus (For the Sake of Honor) (1904). In 1916, Maxim Gorki wrote that Shirvanzade's works "were known and read not only in the Caucasus but also in England, in the Scandinavian Peninsula, and Italy."

In his later years, Shirvanzade lived abroad, finally returning permanently to the USSR in 1926 and became a member of the Union of Azerbaijani Writers. He died in Kislovodsk in 1935, and was buried in Yerevan.