Ashotian to Oskanian: "Will it be better to walk in Yerevan, holding Tsarukyan's hand, than fume under Mrs. Zohrabyan's hem? 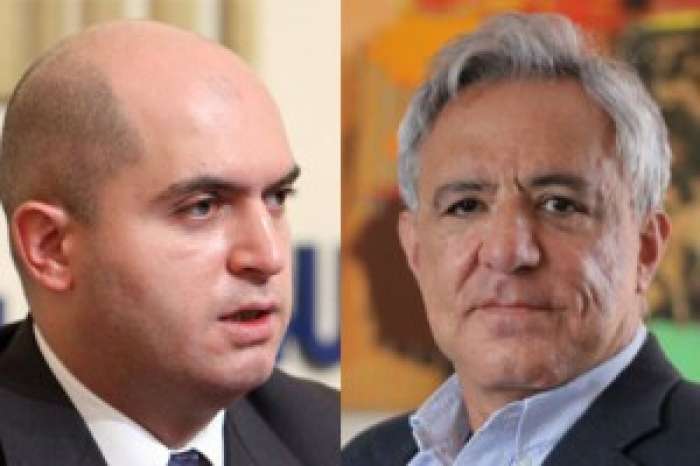 Minister of Education and Science Armen Ashotyan posted a record on his Facepage page, which says:

Oskanian's another record surprised with its single-line and monotony.

It seems that the time has come to change Oskanian's statuswriters.

Taken the copyright of Oskanian's record again shows perfect ignorance of the law "On Yerevan." Or a simple fabrication. He knows.

Theorist-engineer of the system of political balances in the country with all his rhetoric was not able to make a clear explanation of why his political team "washed its hands" in the presidential election.

The leaders of Armenia, who suddenly start thinking about Yerevan and can not give a clear explanation as to why the problems started to take care of Yerevan only on the eve of the election, and before that with excellent opportunities to proclaim the numerous problems of the capital both in the National Assembly, and in the Government, and in the Council of Elders.

Vardan Oskanian, terribly concerned about the problems of Yerevan during the election campaign was not able to establish a peaceful and normal dialogue with Yerevan residents, and could not hold alone at least one meeting.

Is not it better to walk in Yerevan, holding Gagik Tsarukyan's hand than fume under Mrs. Zohrabyan's hem before chronically tired of people talking and evaluating workers' hands.

Of course, no one "booked" Yerevan. By the way, our colleagues from PAP can not point to the source of the expression.

However, Mr. Oskanian, please remember that Yerevan is also not a place for political "hop."