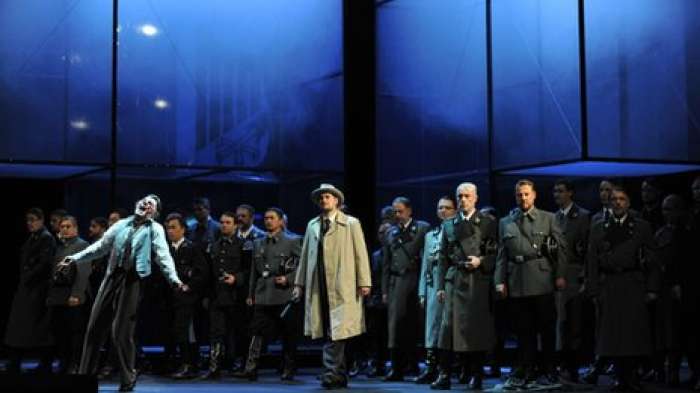 A controversial production of a Wagner opera at one of the major German opera houses has been cancelled because of harrowing scenes involving Nazis.

The Rheinoper, based in Dusseldorf, said some of the audience had to seek medical help following early performances of Tannhauser.

But the producer "refused" to tone down the staging, set in a concentration camp during the Holocaust.

The production has now been cancelled with only concert performances planned.

Head of Dusseldorf's Jewish community Michael Szentei-Heise told the Associated Press news agency: "Members of the audience booed and banged the doors when they left the opera house in protest".

He called the adaptation "tasteless and not legitimate".

The original Tannhauser, set in Germany in the Middle Ages, was first performed in Dresden in 1845.

It was based on a traditional ballad about the bard Tannhauser and features a singing contest at the Wartburg Castle.